Emperor Constantine had four sons, three of whom he saw as the foundation of a dynasty that would continue his project of reforming the Roman Empire into something that could survive for future centuries. The problem was that his sons did not inherit from him the qualities that might have made that possible.

Constantine’s first son, Crispus, was born to his first wife, Minervina, in around the year 300. However, he died in 326 having been tried, condemned and executed, on his father’s orders, for crimes that have never been fully explained.

Emperor Constantine I died in 337, which meant that his sons were aged 21, 20 and (probably) 14. Constans was certainly a minor at the time, so his elder brother Constantine II acted as his regent.

Constantius (the middle brother) was clearly the most ambitious and ruthless of the three, and he took it upon himself to eliminate any possible opposition from outside the brotherhood. He therefore ordered the arrest and execution of every other male descendent of Constantius I (grandfather of the three brothers) and his second wife Theodora. There were only two exceptions, namely Gallus and Julian who were his wife’s nephews (Constantius had married a first cousin). The boys (aged under 10) were taken away to be held in virtual house arrest in Diocletian’s former palace.

In 340 Constans reckoned that he was old enough to take full control of that part of the western empire (Italy and Illyricum) that Constantine I had decreed should be his. However, Constantine II, who was in charge of Gaul, Spain and Britain, saw things differently. 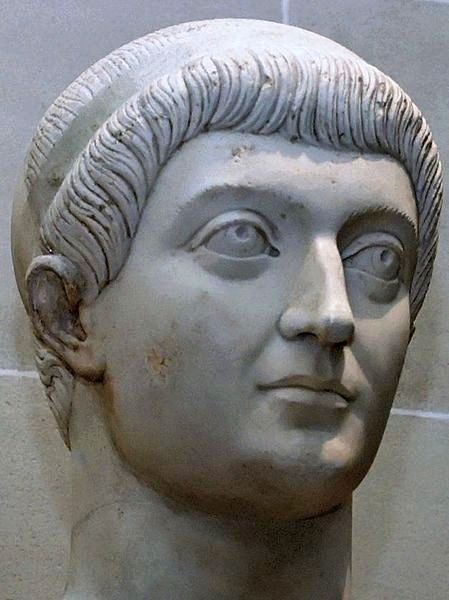 In 340 Constantius, who ruled the eastern empire, called for help from his elder brother to deal with a threat from the Persian empire under Shapur II. Constantine saw an opportunity to attack his younger brother Constans as he passed through Italy, but the boot was on the other foot. Constantine fell victim to an ambush and Constans was thus able to assume control of the whole of the western empire. East and west now harboured deep suspicions about each other’s intentions.

The rivalry between Constans and Constantius expressed itself in a number of ways, including religion. Although they were both nominally Christian emperors, they had their own ideas about the degree to which pagan elements should be allowed to continue in religious practice. There were also debates between churchmen in the western and eastern halves of the empire about the issues that led to Constantine I’s promulgation of the Nicene Creed in 325. Constantius was keen to summon a new council at which the creed would be “improved”.

With the western churchmen being backed by Constans and the eastern churchmen having the backing of Constantius, it seemed for a while that civil war would break out with religion as its prime cause. However, quite unexpectedly, in 345 Constantius backed down and allowed Constans to have his way. It would seem that the future of Christianity was not something that Constantius thought worth fighting over. 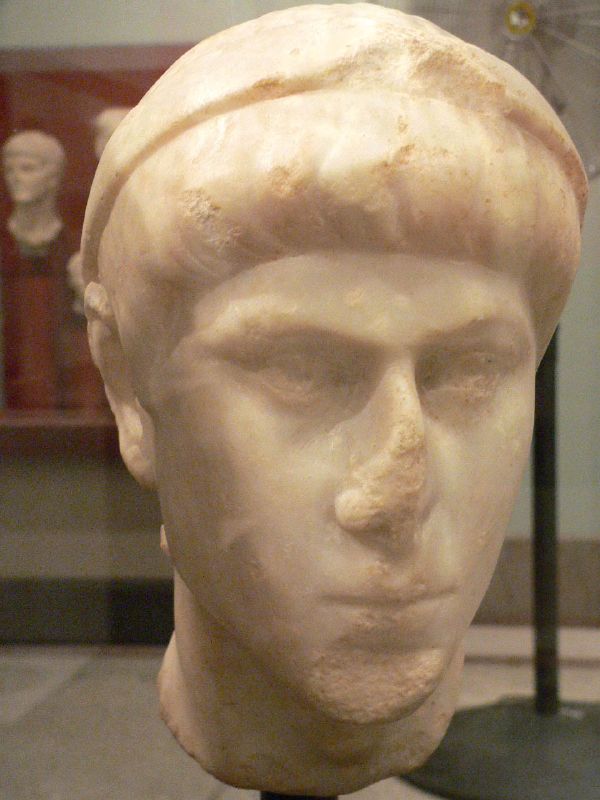 Constans would not enjoy his victory for long. The parts of his realm that had formerly been ruled by his brother Constantine felt neglected and a rival for the throne appeared in the form of Flavius Magnentius, the commander of the army in Gaul. In January 350, during a visit to Gaul by Constans, assassins hired by Magnentius attacked and murdered the youngest of the brothers, leaving just Constantius II as the sole survivor.

Constantius was now faced by two threats, namely Shapur in the east and Magnentius in the west, with the eastern problem being the more pressing one. In the event, dealing with Shapur was not as difficult as he first feared and in the summer of 350 he was able to turn his attention westwards.