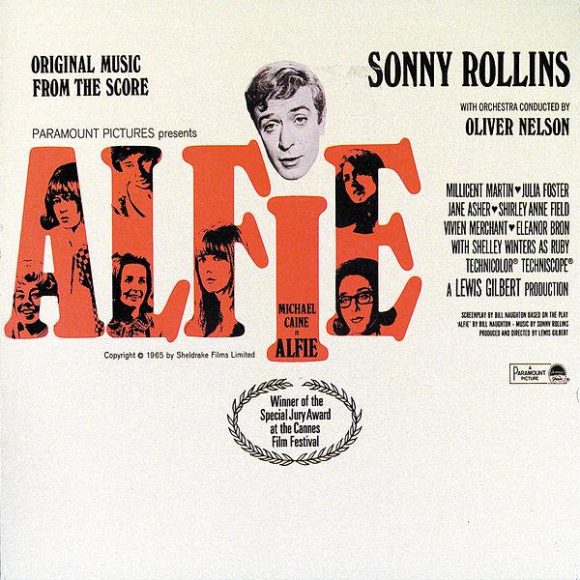 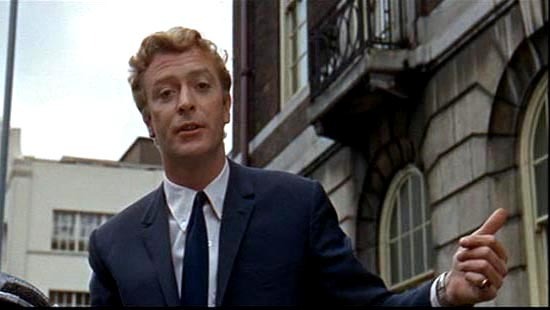 In the British romantic comedy Alfie (1966), we see a phenomenal performance by the young Michael Caine and listen to great music saxophonist Sonny Rollins. Alfi, the main hero of the film, is a womanizer who in life leads only satisfy their own vanity. The women called “cheese”, they often speaks to neuter as if they were objects, cheats and exploits them.

Alfi through a scene often “breaks the fourth wall” – directly addressing the audience, and through his monologues see how selfish. However, it will have to face the consequences of their actions. Outstanding principal theme, “Alfie’s Theme ‘, thrilled the Miles Davis.

The cult scene in which Alfie finds one of her girls with a younger man, complete with the song “He’s Younger Than You Are”. At the end of the film, Alfi when he realizes that he was selfish of women with whom he amused himself, monologue is perfectly matched to the title song “Alfie (What’s It All About),” which was sung by Cher.

The lyrics of this song are also the message of the film: What’s it all about when you sort it out, Alfie? Are we meant to take more than we give Or are we meant to be kind? With Sonny Rollins, the parituri this film worked and other jazz musicians. Bert Bacharach wrote the aforementioned title track. Oliver Nelson wrote the arrangement and orchestration done, a composition performed: Stan Tracey, Kenny Burrell, JJ Johnson and Roger Kalavej. Since the sheet music of this great movie only takes half an hour, not too . We’ll leave you to enjoy the excellent jazz, Sonny Rollins and starring Michael Caine.