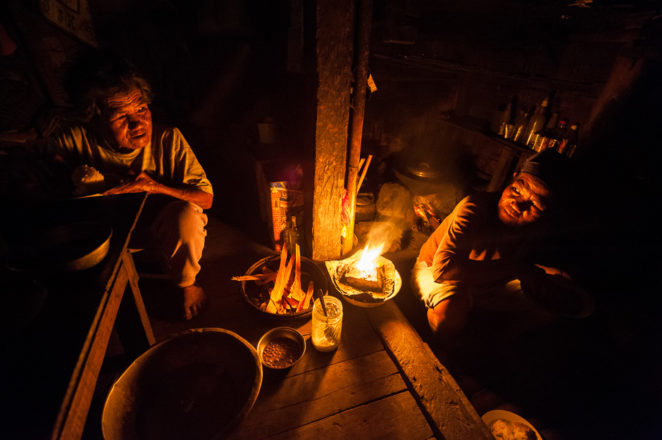 There are so many Philippine’s cultures seen by the locals without knowing why it was being done. Even if they go to the Cordillera areas, they still cannot figure out what’s the reason why the local tribes in Kalinga do such old practices and continued to do them at present. In everything that is happening in this world, there are reasons why.

Death and Its Ritual

Generally, when a person dies, a pig is immediately butchered to honor the spirit of the dead and the meat of the butchered animal will be distributed to the visitors or neighbors except for the relatives as they are forbidden to eat the said meat. When a dead person is an old man or woman, bigger livestock such as carabao or cow is butchered for the community to share and as usual, the relatives are not allowed to partake of the meat. Wake for the dead takes only two nights or three days. After the burial of the dead body, another set of animals that need to be butchered and distributed to immediate family, relatives or visitors. An exception to this practice, there is no butchering of any animals if the death comes from the hands of an enemy. In addition, the wake period is only for one day and one night.

During weddings, the venue of the celebration is the bride’s residence. Everybody in the community is invited where two carabaos are butchered for a wedding feast. The relatives can give gifts in the form of money or rice. The celebration would last for two nights and one day of singing and dancing. In the case of inter-tribal marriage, an alternate “plans” must take the place first before the wedding. The bride and groom will take turns in inviting the relatives of the other tribe. A pig is butchered for the visitors. Each of the visitors from the other tribe is given a token after the “palanus.” These items are normally donations from the relatives of the bride and groom. 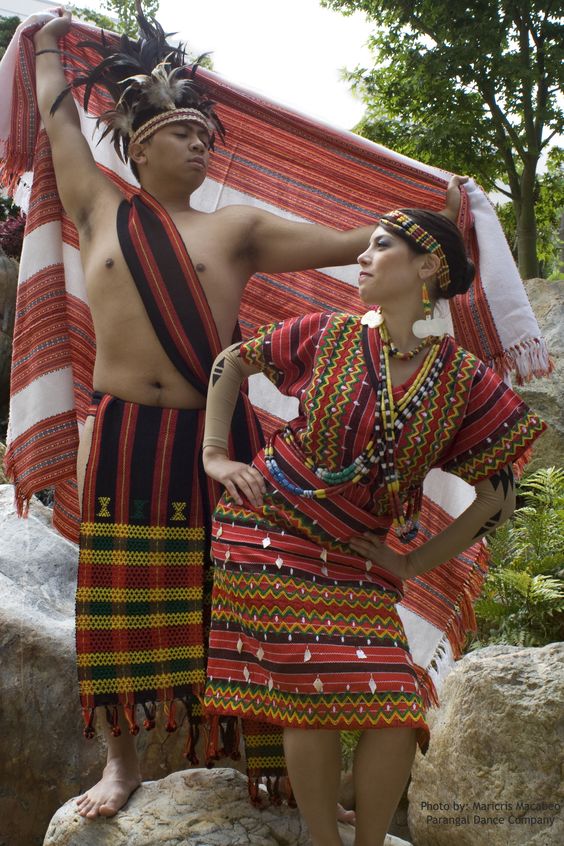 This is a ritual for a newly married couple and the lasted for three consecutive days. The “man-i-la” or “mandawak”, an old woman will be invited to wed the couple. She performed the wedding ritual in the first evening. A prayer is recited to call for the spirits to bless the couple with children while using coconut bowls and a winnowing tray to cast away the bad spirits. A hen butchered and shared the meat with the family. The second ritual will be performed in the late morning and the third ritual performed late in the afternoon, a pig butchered to seal the “songa” activity.

A newborn baby will be welcomed by butchering a hen and a rooster. The family will be staying at home and on the 10thday, a pig butchered and shared with the whole community. The pig’s meat should be eaten in the host’s resident. 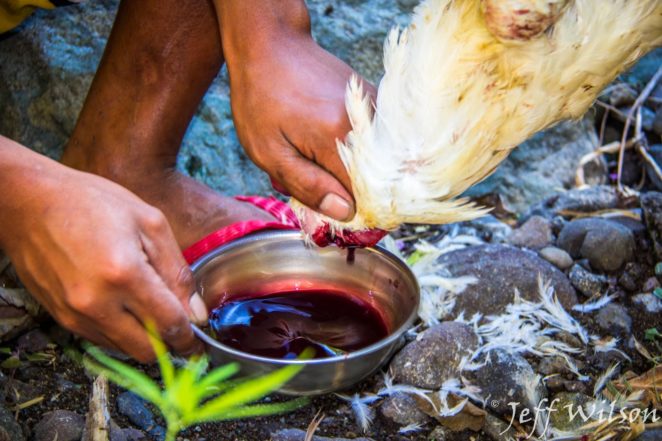 A tribal practice done by Butbut tribe for a baby boy, it is a celebration of the sign of manhood or warrior of the village. The festivity will butcher a pig or carabao. This practice performs for the family who can afford it at present. 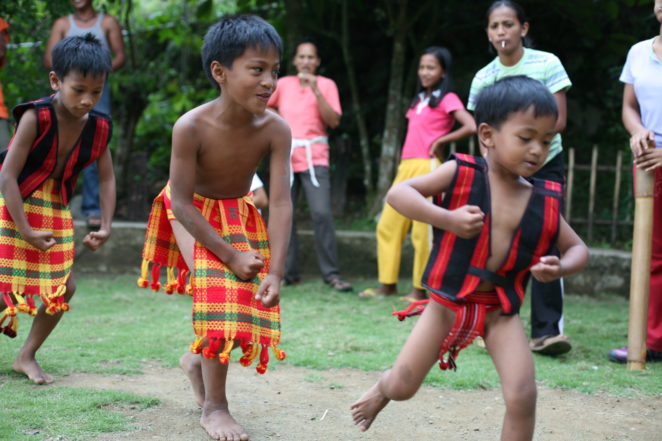 Before harvest starts, “to-or” is observed by the community to be grateful to the harvest god. It is strictly practiced that the local tribes are not allowed to go out within the boundaries of the community and no outsiders allowed to go inside. If the simple rule was being violated, then they will be punished by paying some money or in-kind. It is also being practiced during the planting season. As they believed that “kabunyan” or harvest god will not bless the community with bountiful crops.

“Katkat” is a form of “bayanihan” system by repairing and cleaning the communal irrigation. All local men tribes in the community will widen the dikes and irrigation to let the normal flow of water to the rice fields. It is the preparation for the soil to be plowed before the planting season. 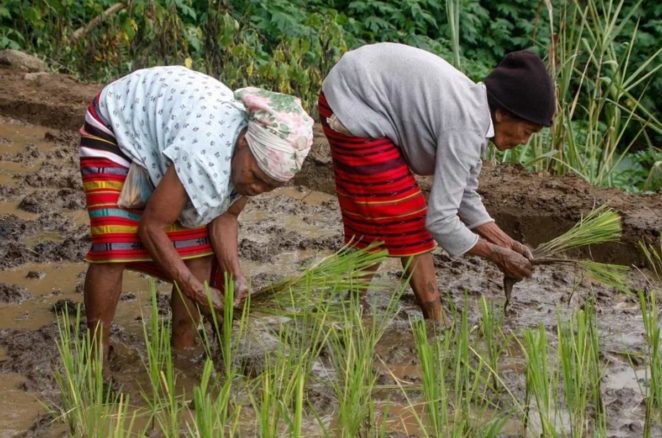 It is a practice where the local tribes dismantle a house or rice granary and transport all the materials to a new site. The owner makes an announcement at least a day or two before the “angay” activity. In the early morning, the local tribes gathered together to start dismantling the roof and the body of the house. For the sake of giving thanks to the local tribes, the owner needs to butcher a pig and shared with the local tribes who had to lend their hands in transferring the house to a new land area. 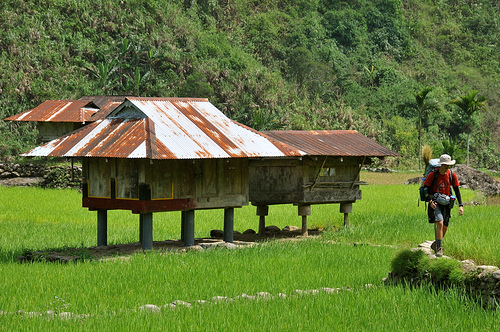 A local tribe can call for an assistance within the community if somebody or someone is injured in the forest, ill in another village or death in a far place. It is an alarm call obliging the local tribes, either men or women, to run or go to the area. For minor injuries or illnesses, “basi” or sugar cane is being served for the local tribes arrived in the village. If the travel is too far from the village, then butchering a pig or dog will be offered to the people. 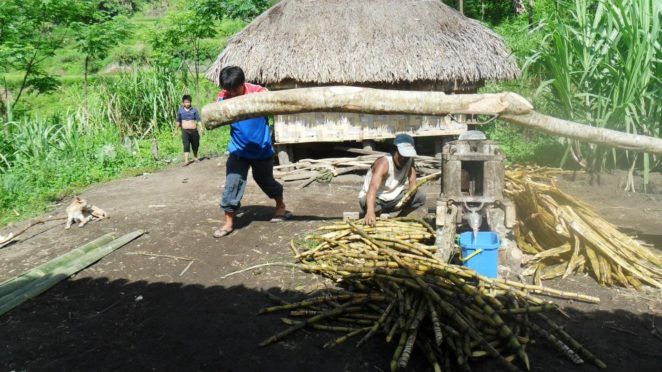 When someone dies in the family, relatives, friends, and neighbors help in two- or three-day wake of the dead. It is called “bangungon.” All ricefields’ activities, “kaingin” or clearing of land, and others are suspended until the burial. Reinforcements were given to the members of the grieving family such as butchering the animals, serving “basis” or sugar cane wine and cooking meals to feed the people in the community especially at night. The neighbors and friends will bring pounded rice, firewood, tobacco and other materials needed during the wake period.

As it described to help or give assistance, a voluntary done to a family whose harvesting or planting the rice lagged behind. Friends and relatives sympathized the family, we join together to render a whole day service of harvesting or planting. The sympathy arises from the common desire to prevent the rice grains from falling off into the mud or to prevent the rice seedlings from being spoiled for planting in the field.