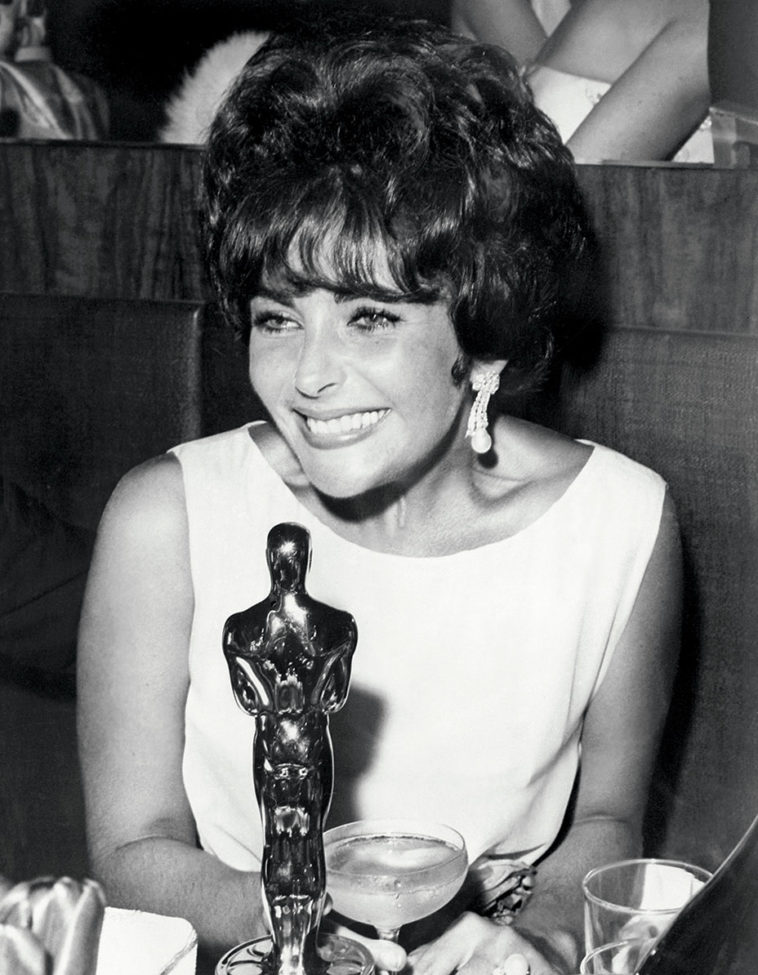 Picture taken 21 april 1961 in Santa Monica, California, of British-born US actress Elizabeth Taylor with her oscar at a presentation party after being named best Actress for her part in "Butterfield 8". (Photo credit should read -/AFP/Getty Images)

Elizabeth Taylor was Hollywood royalty, front page news, for over twenty years.  Whatever she did or experienced was breaking news.

She had a very long career. Her first staring role was in  ‘National Velvet’  when she was only twelve. 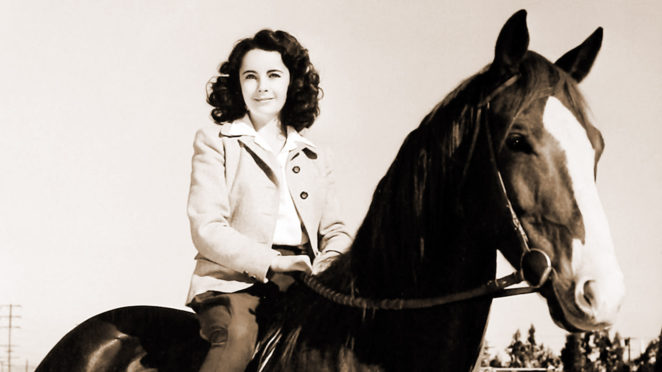 Where  Shirley Temple was at the top at the age of six, and by the age of sixteen a ‘has been’, Elizabeth Taylor went from triumph to triumph. 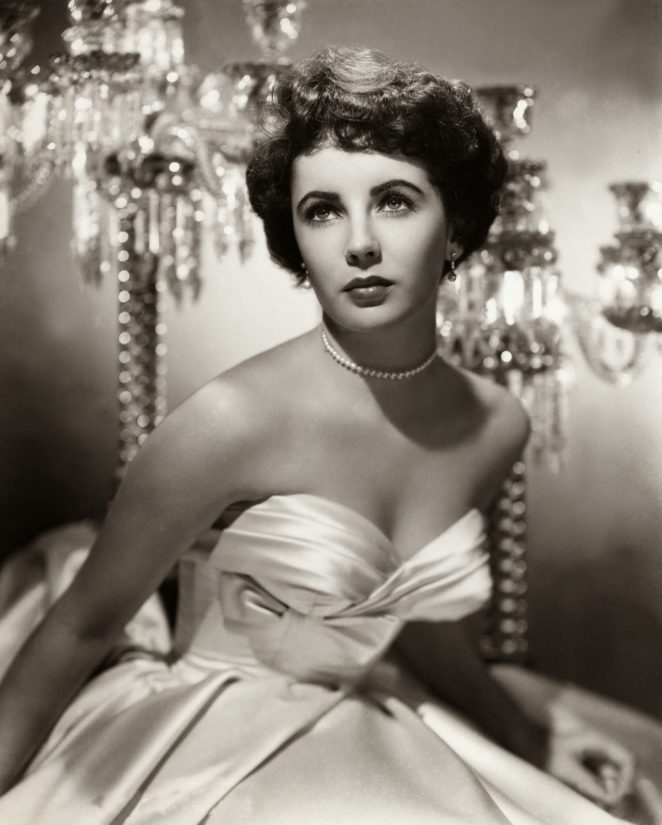 The public gasped, as the little Velvet became this beautiful woman.

Being beautiful in Hollywood was enough and so she appeared in one bad movie after another until the blockbuster; Giant in 1956.

This was a very important movie for her, for Rock Hudson and James Dean.

Elizabeth Taylor was not just beautiful, she could act.  She was nominated for an Oscar in  1957, 1958 and 1959; for Raintree County, Cat on a Hot Tin Roof and Suddenly, Last Summer, respectively.

She won her first Academy Award for Butterfield 8.

She always believed that she received it not for her presentation, but that she had nearly died.

The major moment in her career came when offered the role of Cleopatra and asked how much she wanted as salary.  “A Million Dollars,”  she said and became the highest paid actress when 20th Century Fox agreed.

Although it may seem strange today, but at the time, the excitement this movie caused, the styles it set, the focus it received is far beyond even a new Star Wars or Star Trek gained.

It cost a great deal of money and for the four years of it’s shooting was front page.  Much of it had little to do with the movie itself.

A Bit of Marriage History

Elizabeth Taylor was married to the millionaire Conrad Hilton Jr for one year.   Then, she married an actor called Michael Wilding; this marriage lasted five years.   Right after the divorce from Wilding she married Mike Todd who was killed in a plane crash.

Mike Todd’s best friend was a singer named Eddie Fisher who was married to a singer/actress named Debbie Reynolds, (yes, these are the parents of Carrie Fisher).

Eddie Fisher came to console Elizabeth Taylor in 1958 and didn’t leave.   After his divorce from Debbie, they were married in 1959.

In 1961, while filming Cleopatra, Elizabeth Taylor fell ill and nearly died of pneumonia.   This caused a long delay in shooting, a change of director and the actor who was to portray Mark Anthony.

Richard Burton was that actor.

They began an affair that was covered by the press.   Everyone knew about it, including her husband, Eddie Fisher, and his wife, Sybil Burton.

In 1964 they divorced their respective spouses and married.   This was covered by the press as if a Royal Wedding.

Elizabeth Taylor went on to marry John Warner, a politician, in the same year, and they were divorced in 1982.   She stayed unmarried until 1991 when she met Larry Fortensky, no body in particular, whom she divorced in 1996.

It is believed that Richard Burton may have been the love of her life.