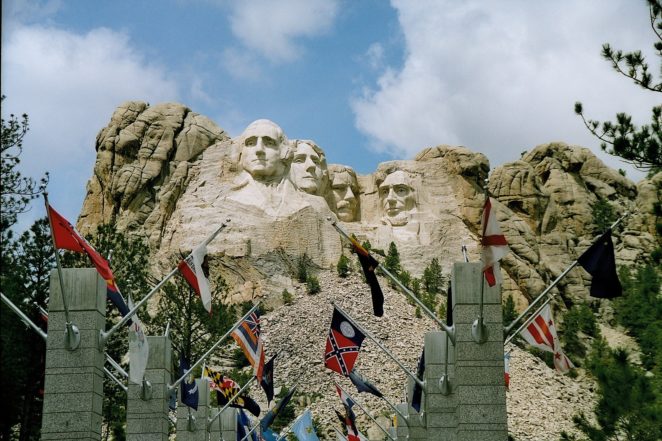 A mountain that hides a secret. Most people  do not live in the USA and do not this secret.What it is?Sculptor Gutzon Borglum  made in the wall a monumental sculpture to the American presidents in their honor.As the venture was a great master, only the heads of the following presidents crawled into the wall: George Washington, Thomas Jefferson, Theodore Roosevelt and Abraham Lincoln.The Government of Ursa allowed the sculptor to complete an additional project-project of a secret room.As the sculptor died in the meantime, it was only in 1990 that the realization of the project was continued.The idea was that the room contained a message to future generations of our civilization.It is believed that the room contains the Declaration of Independence, the Charter of Human Rights, the entire history of the USA, all kept in a vault made of titanium.Now that’s the most important thing. This secret room is a secret because a very small number of people know where it is.If you look at the vision, you will also find out.

This sculpture represents the patriotic symbol of America, and is located on Pennington County, South Dakota.The area was declared the National Park.Date of official opening is 31 October 1941  year.