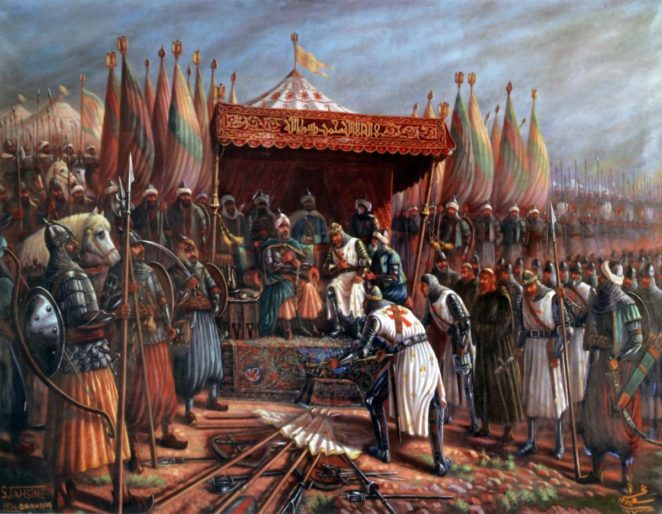 On the 2nd of October 1187 the city of Jerusalem fell to the Muslims under Sultan Saladin, having been in Christian hands since its capture by European Crusaders nearly a century before. 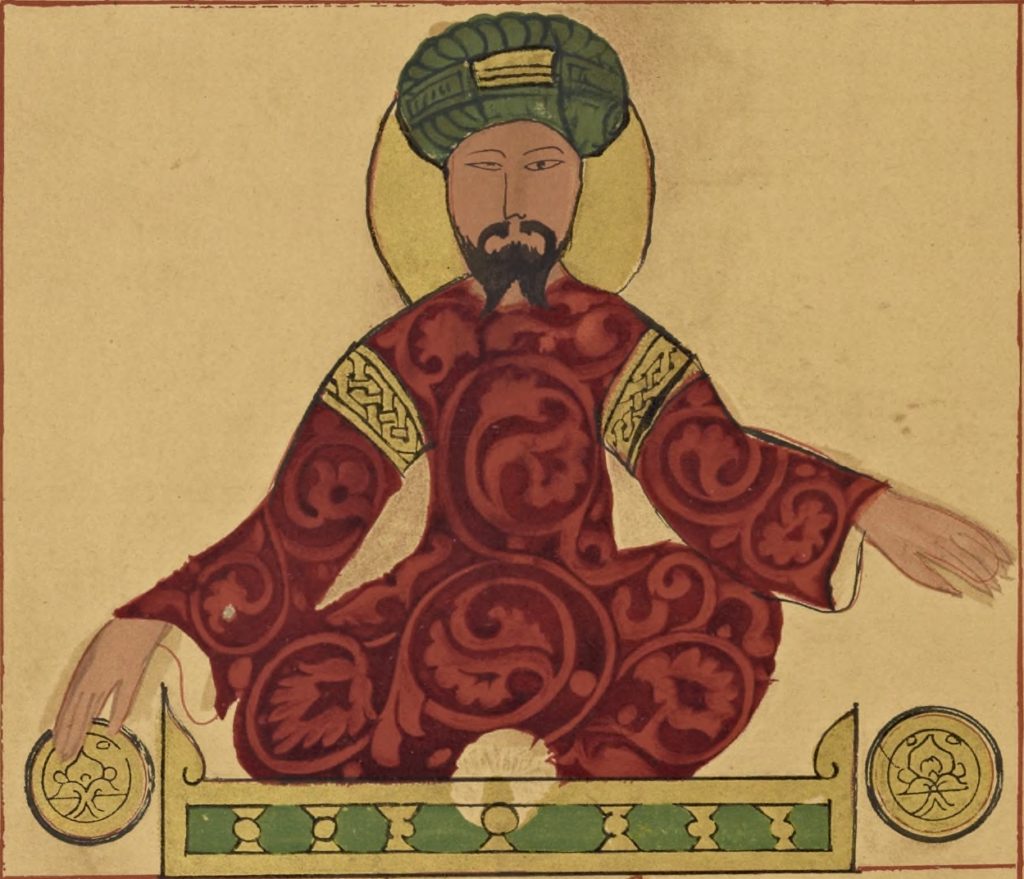 The Kingdom of Jerusalem was established after the Crusader victory in 1099, and the king who died in the Spring of 1185 was Baldwin IV, who had been suffering from leprosy for years. His official successor was Baldwin’s very young nephew, also called Baldwin, but Baldwin senior’s sister, Sibylla, seized the crown for herself and her husband, Guy de Lusignan.

Sibylla and Guy proved to be poorly suited for the role and were no match for Saladin, who routed the Christians at Hattin in July 1187, inflicting very heavy casualties, and subsequently captured Jerusalem after a short siege.

The Christians living in Jerusalem had been extremely fearful of what would happen to them should Saladin seize the city. In 1099 the Crusaders had brutally massacred the Muslim and Jewish populations when they finally overcame the city’s defences, and the expectation of the current Christian inhabitants was that they would suffer a similar fate. However, Saladin proved to be far more civilized than his Crusader predecessors and the civilians were treated with respect and kindness.

The date of the conquest had a special significance for the Muslims, because it was on the 2nd of October that the Prophet Mohammed was reputed to have ascended to Heaven (and then returned) from the site of the Temple at Jerusalem that is marked by the Dome of the Rock.