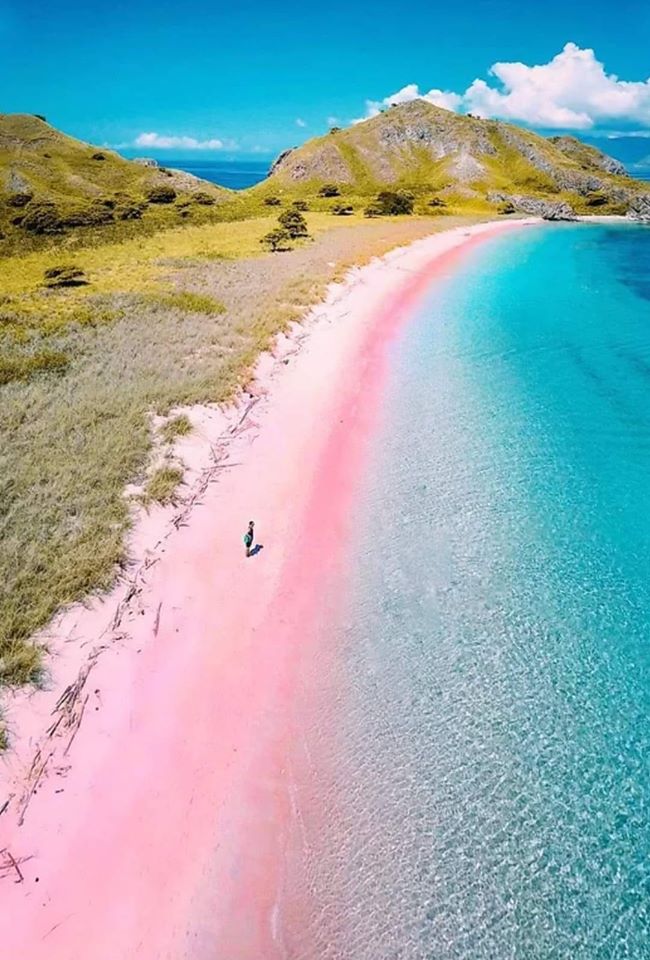 Lombok is an island in the province of West Nusa Tenggara in Indonesia with many beautiful beaches along the coast, and among them is the unique beach Tangsi or simply called “Pink Beach”. Once there was a fishing village, but now the beach is becoming increasingly popular among domestic and international tourists because of its phenomenon which can rarely be found on other beaches.