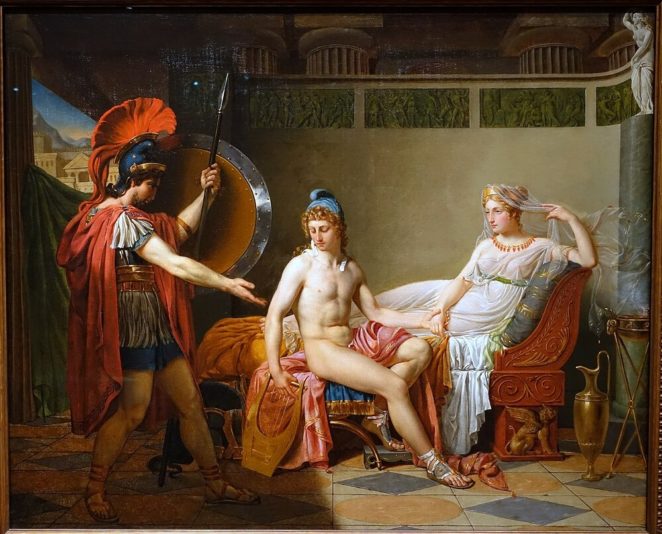 According to Greek mythology, love between Paris and Helen caused the fall of Troy. The story begins when the Trojan prince Paris was chosen to decide which of three goddesses – Hera, Athena and Aphrodite – most just. Having decided Aphrodite, she has promised to return the most beautiful woman in the world. Prettier than all was Helena, daughter of Zeus and Leda, the wife of the king of Sparta – Menelaus. When the Trojan prince once came to the Spartan palace, Menelaus had feasted week before he went to Crete for the funeral of his father. During the absence of Menelaus, thanks to the goddess Aphrodite, Helen fell in love with Paris. Helena and Paris fled to Troy and then got married. Her escape sparked a war between Greece and Troy, which lasted ten years. Paris was mortally wounded before the end of the war, when Helena decided to return to her husband.