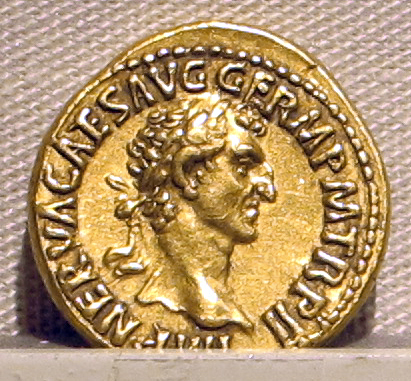 Nerva was the first of the “five good emperors” of Rome, according to Edward Gibbon. However, he was probably the least influential of that group.

His background and rise to power

Marcus Cocceius Nerva was born in 32 AD at Narnia, a town not far from Rome. He came from a rich and privileged background, his father being a wealthy lawyer and his grandfather and great-grandfather both having served as consul. He was twice consul in his own right, in 71 AD under Vespasian and in 90 AD under Domitian, whom he was to succeed as emperor.

It would appear that Nerva knew Domitian, who was 19 years his junior, from the latter’s childhood. It is quite possible that he served as Domitian’s guardian for at least some of the time during which Domitian’s father, Vespasian, and elder brother Titus were away on campaign (his mother had died some time before). There is a story that Nerva abused Domitian sexually, but the source of this is doubtful, and it certainly appears that the two remained on good terms for many years.

It was almost certainly the case that Nerva knew about the plot to assassinate Domitian in 96 AD, although it is unlikely that he was himself one of the plotters. The conspirators clearly did not believe that Nerva was so friendly with Domitian that he would betray them to the emperor, but Nerva also knew that not only was he in the frame as Domitian’s successor but that opposition to the conspirators would almost certainly lead to his own death.

This reaction could have placed Nerva in an extremely difficult position, as it would have been very clear to him that any behaviour on his part that resembled that of his predecessor would have put him in grave danger of suffering the same fate. The Senate had made it blindingly obvious that the real power lay with them, leaving Nerva, potentially, as little more than a puppet in their hands.

However, Nerva proved to be a man with a measure of tact and good sense. His first act as emperor was to declare that no senator would be put to death during his reign, and he kept to his word even when a conspiracy led by one of the senators was uncovered.

He found it more difficult to keep firm control of the Army, particularly the Praetorian Guard. He was forced to give way to their demand that the assassins of Domitian be punished, but he made up for this by declaring as his successor the well-liked and respected general Marcus UlpiusTrajanus (Trajan). The Army now knew that their interests would be upheld, and so were able to give their firm support to Nerva throughout the rest of his reign, which did not turn out to be all that long.

Nerva had been 64 at the time of his accession (which was an advanced age in the first century AD) and he did not enjoy good health. He died suddenly (possibly from a stroke) on 27th January 98 AD, having reigned for little more than a year.

Nerva is credited (by Edward Gibbon in particular) as being the first of the “five good emperors” between Domitian and Commodus. Whether this accolade would have been deserved had Nerva had a longer reign is open to doubt. Nerva certainly showed signs of weakness, and he did nothing to solve some of the outstanding problems that he inherited from his predecessor, particularly the embarrassment of having to pay tribute to Decebalus of Dacia, who could not be defeated.

He prided himself on being one of the few emperors with a clear conscience, who could step back from office any time he wanted to, but it has to be wondered how long the Army would have waited for strong leadership, knowing that a very strong leader was waiting in the wings.