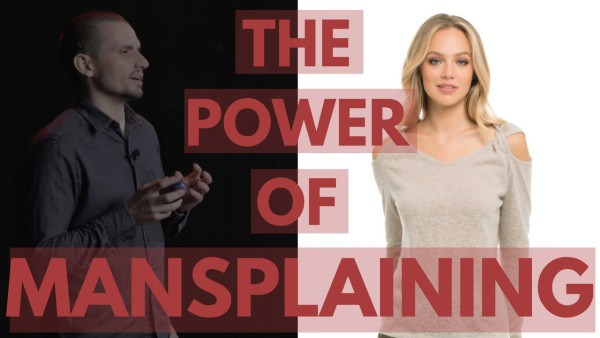 You’re woman. You are  at a meeting. You make a statement; offer an idea, give a solution to a problem, determine a focus point. No one hears you, no one pays you the least attention, and then, two speakers later a man says the exact thing you did and is hailed.

This is called Mansplaining.

This term, where a man is given more credence than a woman, so that his voice and ideas are heard while the woman’s is not, has been documented many times.

The term is also used when a man has to explain something to a woman, and dumbs down because he assumes she is so much stupider than she is. 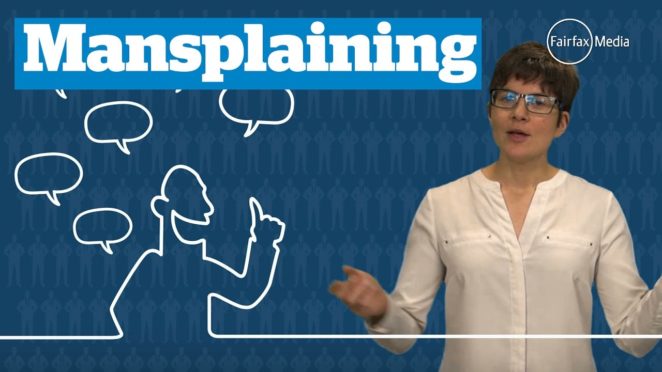 The attitude towards women is endemic. Women as well as men, turn to the deep voice of a man as if he knows more than the woman.  Women, in a carry over from some twisted sense of rivalry will fight against another woman with more fervour than a man will.