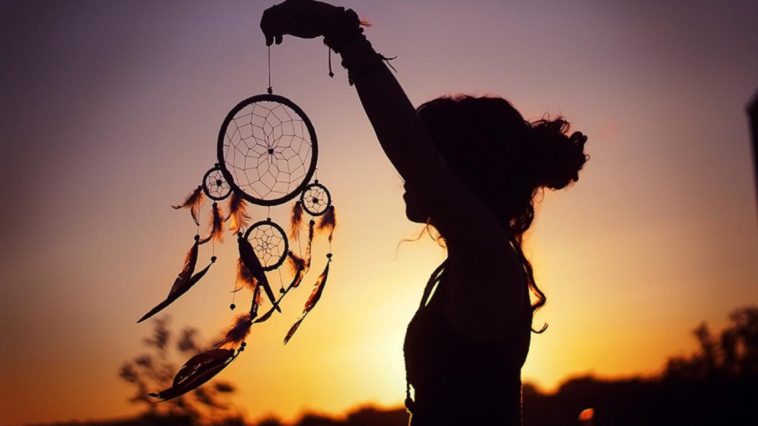 Dreamcatchers have become so popular as home decorations. Everyone is going crazy about them. Hanging one next to your bed has become hit these years. But what is the story behind? Why have people gone so crazy after this item?

We believe the story that is popular for these dreamcatchers. According to their name, they are suppose to catch and trap the bad dreams we have. It is believed that The positive dreams would enter through the hole in the center of the dreamcatcher. Then they will glide down the feathers, coming  to the sleeping person below. The net would would catch the bad dreams and won’t let them go. It is believed that they will disappear immediately when the first sun ray appears in the morning.

Dreamcatchers are a part of some Native American cultures. It is a handmade willow loop, with woven web on it. This item can also contain additional decorations, such as beads or feathers. Dream catchers are part of the  Ojibwe people culture, and later has spread to other  neighboring nations.

An Ojibwe legend says that the dream catcher is connected with the  Spider Woman, known as Asibikaashi. She was known for taking care of people and children on the land. As the Ojibwe Nation started spreading trough North America, they thought that Asibikaashi won’t be able to protect all the children. So, their mothers and grandmothers would weave magical net that they believed will protect the children. Imitation of spider web was made on to wooden loops.  It was said that the spider web would  “caught any harm that might be in the air as a spider’s web catches and holds whatever comes in contact with it.” Infants were given these charms as well.