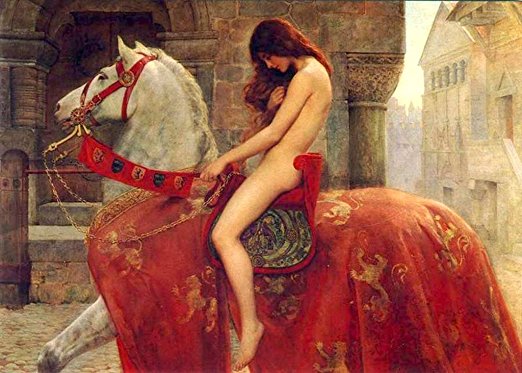 The legend of Lady Godiva may have an element of truth to it, but it is almost certainly a story that has grown in the telling.

The story as popularly understood is that Godiva, the wife of Earl Leofric of Mercia, rode naked through the streets of Coventry as a protest against her husband’s extortionate taxation of the people. This action shamed Leofric into reducing the taxes and turned her into a folk heroine.

Godiva and Leofric were certainly real people, and Leofric was one of England’s most powerful barons, wielding considerable power over the Midlands counties of England in the 11th century during the reign of Edward the Confessor. 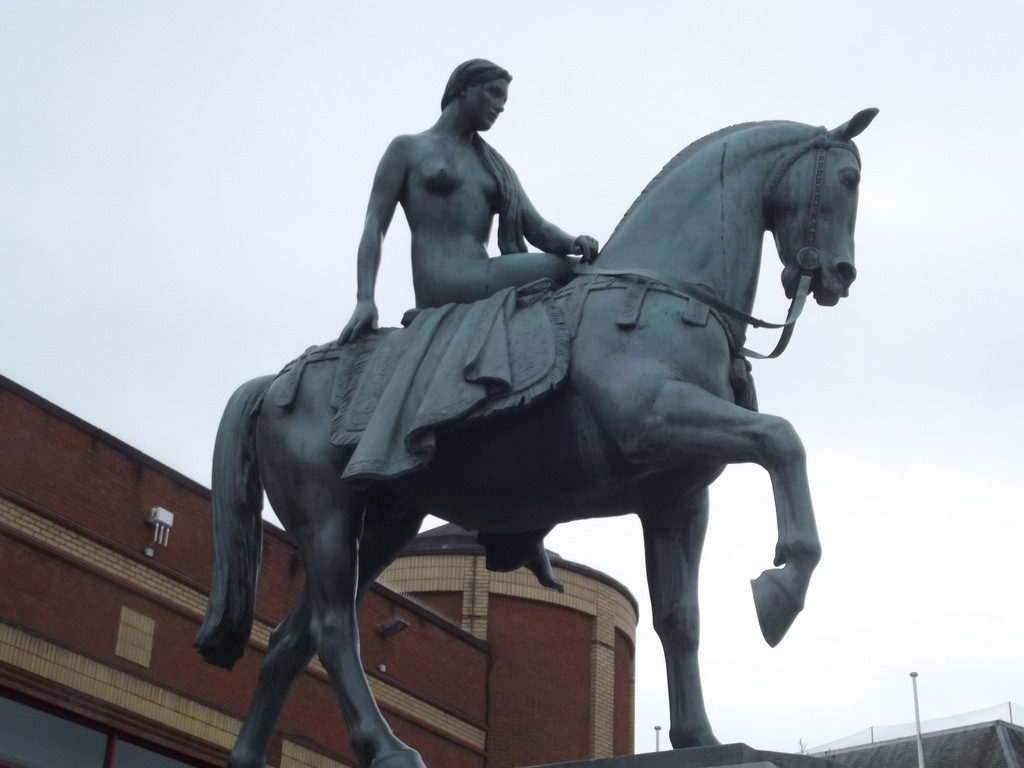 Godiva (or Godgifu to give her more correct Anglo-Saxon name) was a major landowner in her own right who gave generous endowments to the abbey at Coventry. She was, however, annoyed at her husband’s attitude towards the people of the town and asked him to be less severe. He agreed, on condition that she “mount [her] horse, and ride naked before all the people, through the market of the town, from one end to the other”. She let down her long hair, which covered the essentials, completed the ride, and Leofric was as good as his word in repealing the taxes.

At least, this was the account as given by Roger of Wendover. However, he was alive and writing in the 13th century, some 200 years after the events he recounts, and there are no known earlier sources covering the lives of Leofric and Godiva that mention this ride.

It may well be that Roger came across a manuscript in Latin in the abbey at Coventry and the account he gives is his translation. If that is so, he could have mistranslated the word “denudata” which means “stripped” and does not necessarily imply complete nudity. She may have ridden in a plain costume stripped of all jewellery and adornment. If her hair had been kept in place with jewelled hairpins, removing them would certainly have caused it to hang free about her person.

This scenario does seem more probable for a high-born lady. By riding in a plain dress she would have been showing herself to be at one with the people, which was surely her intention. What good would stripping off completely have done that could not be achieved by riding as a common person?

However, Coventry got to like the idea that something saucy had happened in its distant past, and Lady Godiva’s ride was re-enacted many times in later centuries. It was something that set Coventry apart from other towns and cities and became a source of civic pride. The event could be presented with all due good taste if “Godiva’s” hair was luxuriant enough and especially if she wore a flesh-coloured body stocking!

In the 17th century the legend was enhanced with the idea that the townsfolk had stayed indoors during the original ride and refused to look at Godiva as she rode past. There was only one citizen who could not restrain himself, namely a tailor called Thomas who was promptly struck blind for his presumption. And that is where the name “peeping Tom” comes from.

However it is told it’s a good story, but the real event was probably less titillating than later tellers of it might have wished!