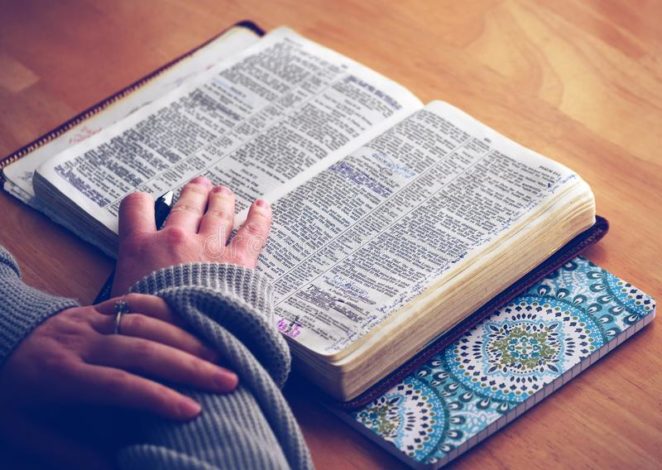 I heard a story about a contest between a great actor and a simple, barely educated, preacher. They were both to read Psalm 23 and the one who did the best job won the prize.

The actor was trained in performance and had years of practice reciting his lines. He got up and gave a stirring recital of the Psalm.

The preacher got up and recited the Psalm just as he would have had he been at his church.

When it was over, the actor was given the award but he walked over to the preacher and handed it to him saying, “I may know the Psalm, but you know the Shepherd.”

The story is, most likely, apocryphal but it serves a point. You can know the Bible inside and out and still go to Hell when you die if all you have is head knowledge.

Reading Scripture is important, not because we can list all of the minor prophets in order, but because, through it, we get to know God. It is His love letter to us.

A soldier in the battle field who gets a love letter is not going to do a literary analysis of it. He is going to read it over and over again because, in doing so, he learns more about his beloved.

I’m not saying that it is wrong to learn about the Bible. Doing so can help us become better acquainted with its author. The problem is when that head knowledge becomes an end in itself.

The Bible is unique among books. No other book can lead us into a relationship with the One who created us and loves us so much that He willing suffered the most horrendous method of execution just to save us from the penalty our sins demanded. Don’t let head knowledge distract you from that.