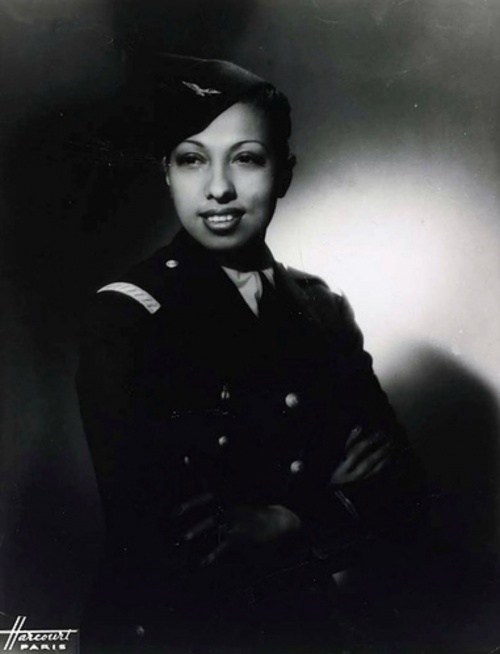 Marriage with Jean LION was another joyless experience. Josephine did not want to give up his career, while Jean Lion was eager patriarchal marriage. After a miscarriage, they were separated and remain separated until the arrival of the forces that both of them would like a pleasant extinction.

Celebrities occupied Paris are divided into three groups, those who take for friends in luxury with the Nazis (Coco Chanel), those who run headlong aware of their undesirability (Max of Jacobo) and those who use their fame to help the Resistance (Josephine Baker).

In his castle in the Dordogne Baker housed countless refugees from the Holocaust; across borders wore  messages hidden in their notes, and when the Nazi influence became too strong, in 1941, it is in North Africa joined the Free French Army and performed his songs for the allied troops. Sick and separated from her adopted country in 1942 born stillborn baby and doctors is undergoing emergency hysterectomy. After a brief recovery continues to transmit messages allies across borders and entertains troops.

It is only performer on tour wartime Europe – to risk his life to the fight against Nazism. Coco Chanel never looked up. For courage and the help of France Josephine Baker received the Legion of Honor and the French army uniform he kept until his death.