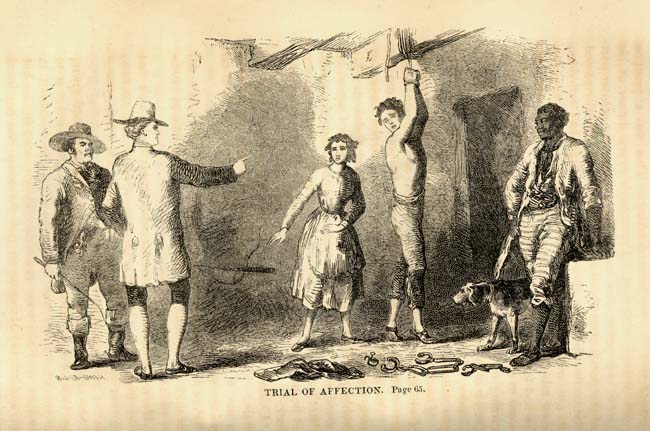 When we think of slavery in America, we think of black slaves brought over from Africa. They were not alone. For a time the Irish were also enslaved. Some historian try to sugar-coat the practice by referring to them as “indentured servants,” but this is a distortion of reality. These people were slaves in every sense of the word.

The Irish slaves were sent to America on English ships. They included men, women and very young children. Like black slaves they were harshly treated, especially when they disobeyed. They were commonly suspended by their hands by their owners who then set their hands and feet on fire. Some were burned to death, decapitated and had their heads set on pikes in the marketplace as a warning to others.

The practice began long before America gained its independence from England. It started during the reigns James II and Charles II and was encouraged by Oliver Cromwell. The first shipment of slaves, which  arrived in the Americas in 1619, was composed of 100 white children. James II sold some 30,000 Irish prisoners to be used as slaves in the New World. In 1625 he issued a proclamation which required that Irish political prisoners be sent to the West Indies. By the middle of the 17th century Irish slaves were being sold to Antigua and Montserrat. So many Irish slaves were sent to Montserrat that they made up 70% of the population.

Between 1641 and 1652 more than 500,000 Irish were killed outright by the English and another 300,000 were sold as slaves. Because of the slave trade the population of Ireland dropped from 1,500,000 to 600,000 in that one decade. Men were not allowed to take their wives and children with them resulting in a massive number of homeless women and children. England “solved” the problem by selling them off as well. In the 1650s more than 100,000 children between the ages of 10 and 14 were sold to slaveholders in the West Indies, Virginia and New England. Some 30,000 men and women were also sold. In 1656 Cromwell ordered that 2,000 children be sent to Jamaica as slaves for the English settlers.

After the Irish Rebellion of 1798, thousands of Irish were sold to America and Australia. Abuses were rampant. One British ship dumped 1,302 slaves into the ocean so that the crew would have more food to eat.

During this time slaves from Africa were just starting to be brought to the New World. As badly as they were treated, the Irish were actually treated worse. This was in part due to British anti-Catholicism but also because the black slaves cost more by a factor of ten. (Blacks were sold for 50 sterling while the Irish seldom went for more than 5 sterling. Mistreatment of the slaves, even if it resulted in death, was not considered criminal.

The practice continued until the British decided to put an end to it in 1839 but that did not put an end to the mistreatment of Irish children.

Many Irish orphans were rounded up and sent by train to agricultural areas to live with farmers. Few records were kept regarding the trains, but estimate run between 400,000 and 600,000 were relocated between 1854 and 1929.

Young girls were often forced into prostitution which, although illegal, was usually ignored. In some cities it is estimated that as many as 75% of the men suffered from some form of sexually transmitted disease. In 1832, a group of women formed the American Female Guardian Society to take care of the girl prostitutes. The group soon started taking in both boys and girls and later established 12 industrial schools where children were taught a trade and skills to support themselves.