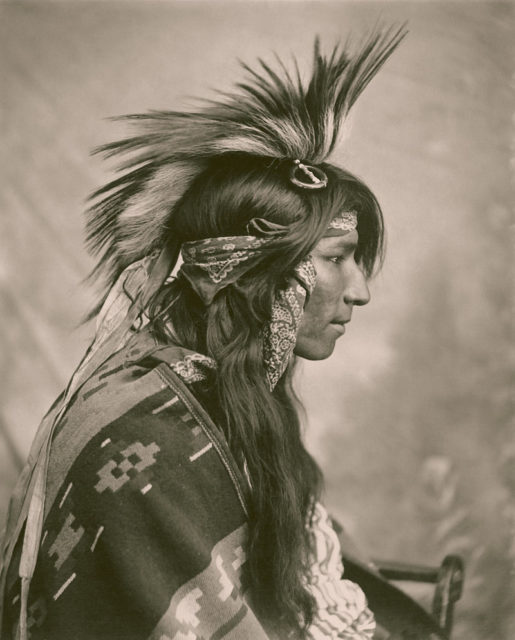 When moving from west to east, the main “Cree” divisions, established on the environment, the language and dialects, we can find the “Plains Cree” (paskwawiyiniwak or nehiyawak) in Alberta and Saskatchewan, the forest “Cree” (sakawiyiniwak) in Saskatchewan and Manitoba, the “Moskegons” (maskekowiyiniwak) in Saskatchewan, Manitoba and Ontario and the Bay James “Cree” of the East in Quebec. The “iyiniwak” suffix which means “the people” is used to differentiate the people from a particular subgroup. For example, ka-tpwewisipiwiyiniwak are the tribe of “Calling River” while “amiskowaciwiyiniwak” are the tribe of “Beaver Hill”. Some 24,000 persons speak and know the “Cree” language in Saskatchewan which makes it the third maternal tongue most spoken in that province after English and German.

The term “Cree” comes from a group of First Nations situated on Bay James whose name was registered as either “Kiristinon” or “Knistenaux” by the French explorers and settlers. This name comes from an ancient village called “Kenisteniwuik”. It was later on abbreviated to the simple “Cree” name. The majority of the “Cree” people use the word “Cree” when talking or writing in English or French (Cris) but have several of their own names such as “Nehiyawak” (for the Plains Cree) meaning “Cree” along with “Eeyouch Astchee” which means “Our territory”. It is to be noted that the word “Eeyouch” (used alone) also means “man” in the “Cree” language.

Along with frequent and prolonged contacts with Europeans, several “First Nations” women, in particular “Cree” women, married some of the newcomers and gave birth to “Metis”, a First Nations people with its own distinct culture. We often cite the Plains as the physical, cultural and political cradle of the “Metis” people. The “Metis” language called the “michif” is an evolution of French and “Plains “Cree” while the “bungee” is a mix of Scottish, “ojibwe” and “cree”. In 2011, 645 persons claimed to talk the “michif” which makes it a language that is endangered because of simple extinction despite the fact that some 451,795 Canadians call themselves “Metis”.

The “Cree” had no written language or ideogram form of written language compared to some other First Nations. In 1840, the Reverend James Evans, a missionary, conceived a syllabic alphabet for the “Cree” language probably in collaboration with native “Cree” people. Syllabic characters are symbols which represent a combination of consonants and vowels. James Evans had an important number of documents printed n the “Cree” alphabet which included the New Testament. An example of a “Cree” text can be seen below as it is actually an inscription of the plains “Cree” in the Fork of Winnipeg in Manitoba. 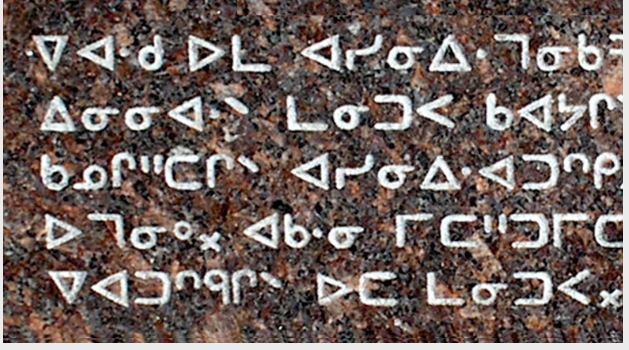 The “Cree” First Nation had a particular cultural ritual which I did not encounter in my research on the other “First Nations”. They had a special ceremony entitled “the ceremony of the first steps” – a ritual where children were officially welcomed in the community. The “Cree” tradition states that the feet of children must not touch the soil outside the tent or wigwam until the ceremony is done. As such, the ceremony is performed as soon as the child is able to stand or walk by himself. On the morning of the ceremony, the children (dressed in traditional clothing) wait for the arrival of the elders. At their arrival, the elders take the children out of the tent. The children, accompanied by an adult, walk around a designated zone outside of the tipi. Normally, the children are asked to mimic a hunting activity or other traditional roles accomplished by adults. Once this is done, the children re-enter the tipi and offer gifts to the elders. The community is also invited inside the tent where it welcomes the children as new members of the community. Then a feast starts.

Art and music are important elements of the “Cree” culture. “Cree” women, well known for their beading activities, sewed beautiful clothes, moccasins, baskets etc. The plains “Cree” also decorated the exterior of their tipis with paint. The drum was very significant for the “Cree” as well as other First Nations. They were considered sacred and the music that comes from that instrument is compared to the rhythm of the “Cree” nation. Buffy Ste-Marie is a famous singer-songwriter who was born a First Nation Plains “Cree” in the Qu’Appelle Valley reservation in Saskatechewan, Canada. She is know for several songs but I think that the most representative of her song is this “Now that the Buffalo is gone”. 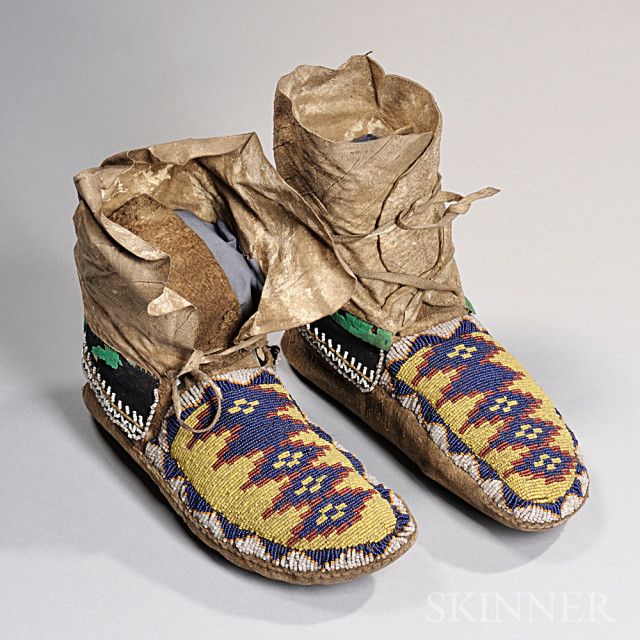 The next set of pictures is from George Littlechild’s website who is a well known modern “Cree” artist. 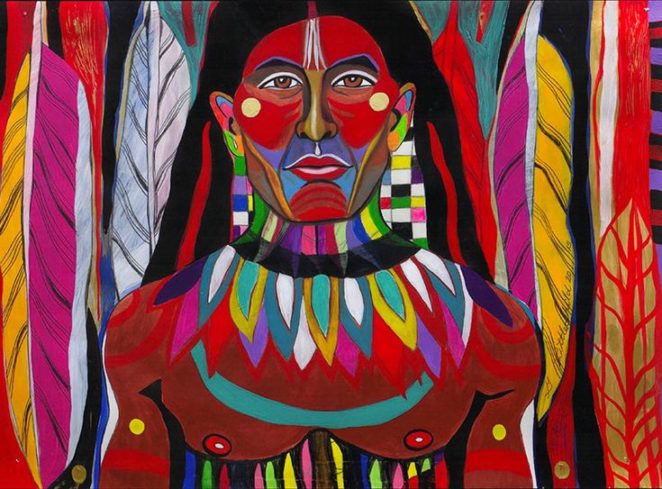 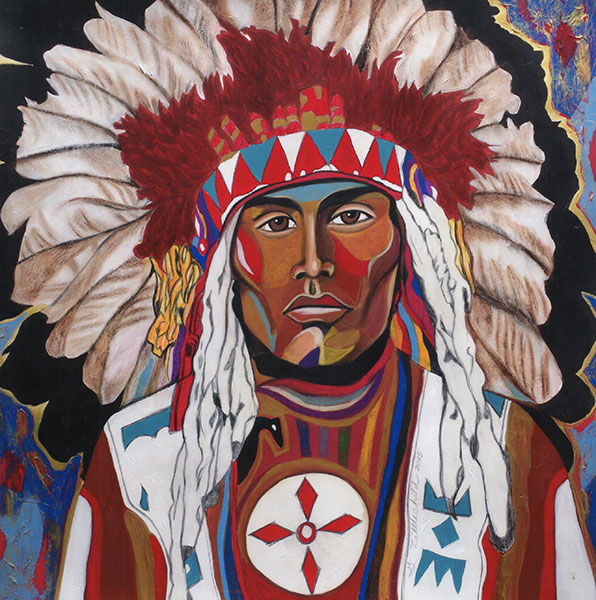 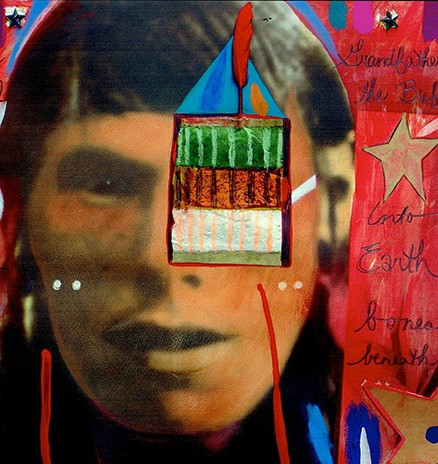 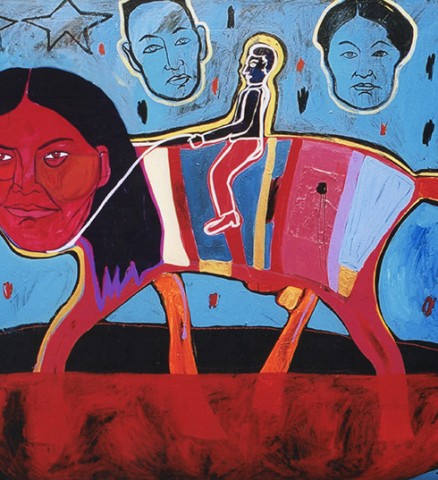