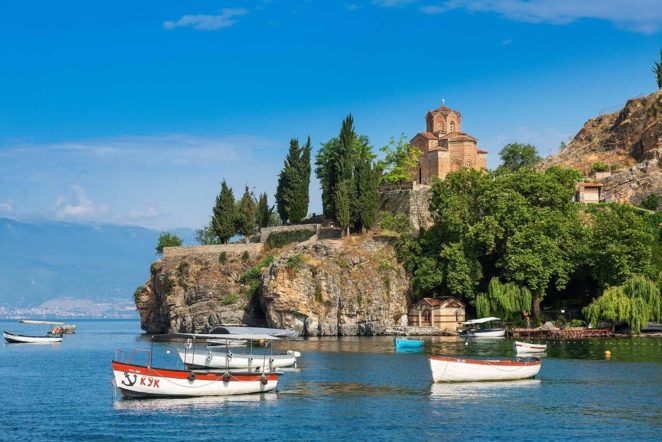 Macedonia is small, less known country on the Balkans. It used to form part of Yugoslavia. However, the independent country of Macedonia is a quite new country with huge history and amazing people. I am glad and proud to let you know ten facts about my home country you may never heard about.

1. Macedonia is the only country of all the former Yigoslav countries that declared independence without war but rather on a peaceful and friendly way.

2. In 2002 the “World Almanac’s editor” declared the Macedonian flag as the second most beautiful in the world.

3. The first Slavic school was opend in Ohrid, Macedonia by Saint Climent.

4. Macedonia is the home country of Mother Tereza who was born in the capital city of Skopje.

5. Macedonia is the first country in the world with full access to wireless.

6. The Macedonian opium is among the best ones in the world with 14 morphine units in comparison with China (8), India (7) and Turkey (6).

7. The Macedonian ethnical mixture was the reason for the name of the fruit salad called “Macedonia” in Spain, Italy, France and South America.

8. The Macedonians use the sidewalks as a parking place, do not ever be surpriced if you visit it and notice this.

9. There are no dractional denominations for the Macedonian currency, denar. There used to exist deni which are no longer in use.

10. The Greeks call the Macedonians with the name Skopja as they claim there exist only one Macedonia which belonds to them; it forms part of their territory.