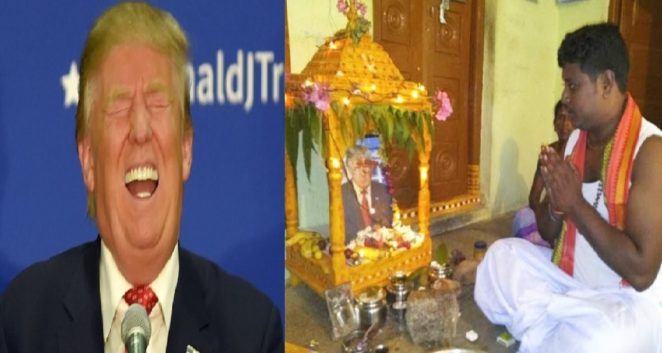 India: On one side, there are critics who criticize US President Donald Trump, on the other hand, Trump fan’s circle is also very broad. There is such a fan of trump in India, who worships his picture many times in the day and given GOD status to Trump.

Bosea Krishna 31 year-old  lives in Telangana  a village in an Indian state. And he has been regularly worshiping American President Donald Trump for the past three years. Krishna gives fruit and flower tease in front of his picture and openly consider Trump as God. 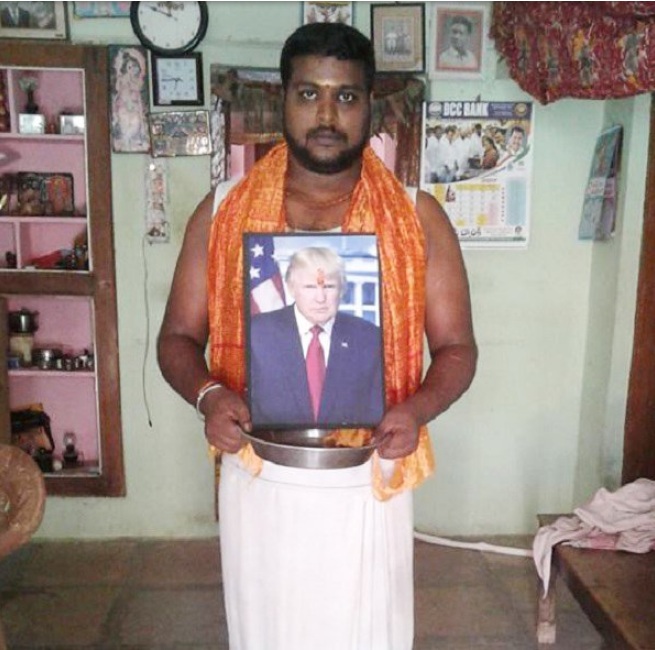 Bosea Krishna even says that worshiping Trump give him power and strength and he will also build the temple of Trump. However, his family and friends call him crazy and made.

Three years ago, an American Navy official killed an Indian software engineer from his state in an incident of prejudice and hatred, then he wanted to tell the Americans, even though Indians love the Trump, and Krishna started the Trump worship.

Krishna wants that he wants to believe it through the spiritual power to the Trump that how much Indian love for trump, but his parents consider him crazy and  they are tired of seeing the Trump image everywhere in the home. Some people have advised Krishna to approach a psychologist. 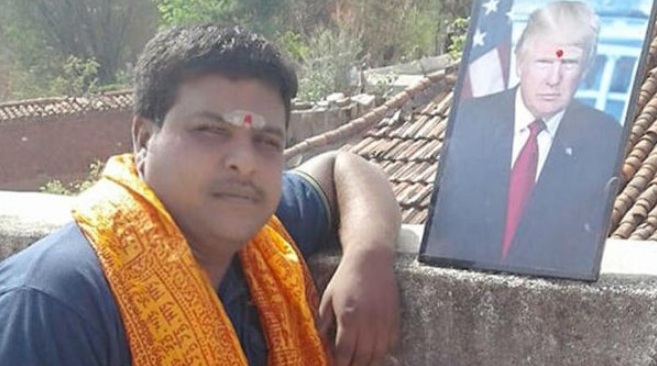 Bosea Krishna Says , I told them that I do not need a doctor, and neither do I care for any one in this matter. In the next three to six months, I want to build the Temple of Trump.

Krishna keep the picture of trump where ever he go and he gives him the status of God and accordingly he will always worship him. According to Krishna Trump is very mutual and courageous since Trump has also played role in WWF. That’s why he is very powerful and strong.

Krishna has also made a Facebook page of the Trump fan worship. and it says that President Trump himself has commented on it. According to him, Trump wrote something for him, that Krishna is my close friend from one billion Indian people, and It’s my favorite and he is absorbed by letting my body worship the energy and I’d love to send him a photo. And Krishna I will meet you soon.