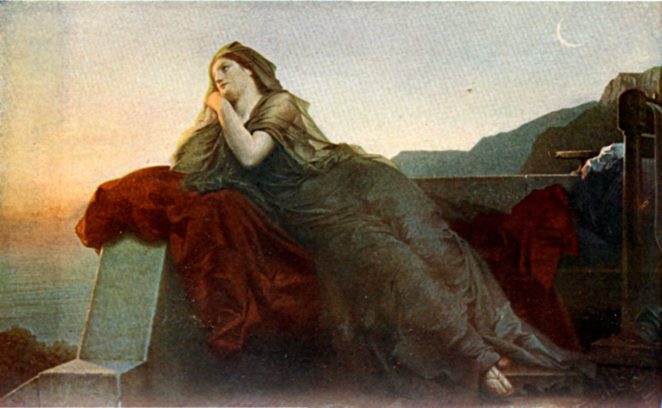 Sad dead Agamemnon said that Odysseus on his cute little wife: Clytemnestra hurled an ax; suddenly became a symbol of the unfaithful wife, a bad mother,  double bed, and generally  all kinds. As a counterweight to the charge of immorality Homer gives Penelope, whose allegiance to another name, and the perfection of character guarantee ten years phlegmatic clatter to fight. Odysseus lawful wife, Queen , Telemachus virtuous mother and all around good famous, Penelope is the god of the beating of family homes and, at the same time, the man in the Odyssey to be most pitied, in addition to unfair Polyphemus.

Ten years spinning and unraveling of the same cover in order to avoid marrying again! Homeric epics do not know about persistent and virtues endowed creature. Left “with the baby at the breast” when he was still young, in its two decades of hiding in a hellish household, Penelope did not give in to despair, the guarantor is not weakness. It is sane women in all  situation. In the modern part of the return of her husband-foreigner and his blood to save the house would be a cause of anger; on the contrary, thanks to Penelope Odysseus’ return finally gets her freedom, and for that we can only exclaim with approval