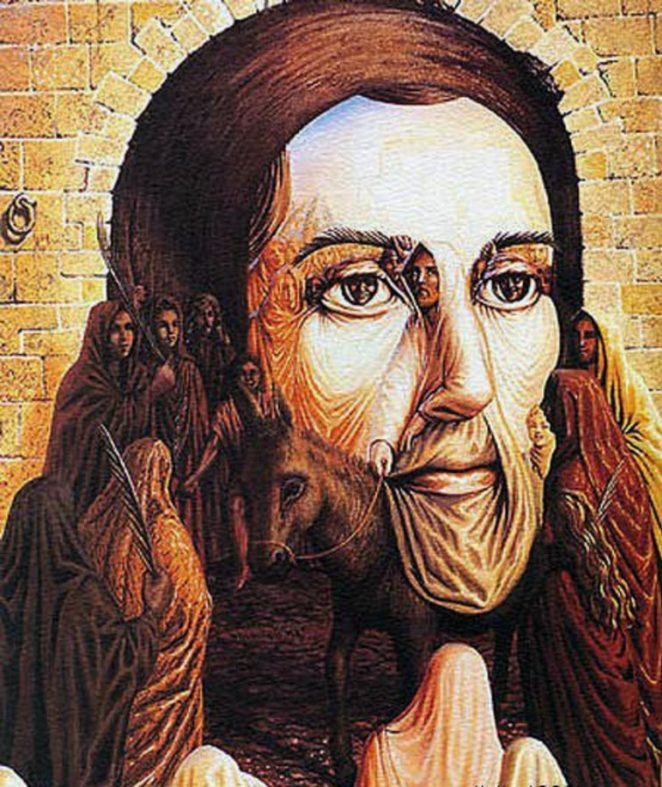 The subject of optical illusion is both a complex and enigmatic one which, while shrouded in mystery, has been around for many generations.

Optical illusions (sometimes called visual illusions) are cool images perceived in a manner that differs from objective reality. What the human eye sees is only subject to interpretation by the brain in a way that contradicts physical measurement of the source image. Information collected by our eyes is then prepared in the brain to give an interpretation that differs from the actual physical features of the original source.

In my example above, the “Jesus Face” graphic is as enigmatic as He appeared to be in Biblical times. He once responded to this question from one of his disciples where he asked: “You always refer to your father, as though we should see Him, yet we have never seen him, why don’t you show us your father?” Jesus replied, saying: “If you see me, you see my father, for I am in my Father and He is in me.”