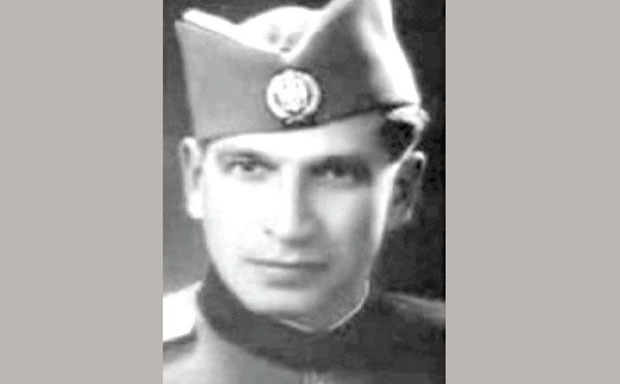 The name of General Zivojin Mishic in gold letters is inscribed in the history of the Serbian struggle for freedom, but little is known about the incredible fate of his son.

The general was married to Louise, the daughter of a wealthy Swiss of German origin who worked in Serbia at that time and had six children with her – sons Radovan, Aleksandar, Voislav and daughter Eleonora, Olga and Andjelija. The Serbian duke did not spare the sons. Radovan and Aleksandar were in combat units from 1912 to 1918.

Alexander participated in numerous battles, the Balkan Wars, and the First World War. From 1928 to 1930 he was the manager of Vranjska Spa. During the Second World War, he was the commander of the Ribnica Chetnik Detachment, an intelligence officer and one  of the leaders alongside Colonel Dragoljub Mihailovic during the uprising in 1941. The Germans captured him on December 6, 1941. He was caught with his colleague, Slovenian Major Ivan Fregl.

When the Germans heard that Alexander had German blood because his mother of German origin offered him to spare his life. “Half your blood is German,” the German officer told him.  – This half has expired in the battle Kolubara – Alexander Mishic answered, condemning himself to death. Mishic and Fregl, as officers, were entitled to the last wish. Alexander asked to unload shoelace on boots, and Ivan to personally command a detachment from shooting. A moment before Fregl commanded: “Fire!”, Alexander Mishic took off his boot and threw it to the firing squad. Thus, at least symbolically, he died fighting and never surrendering.