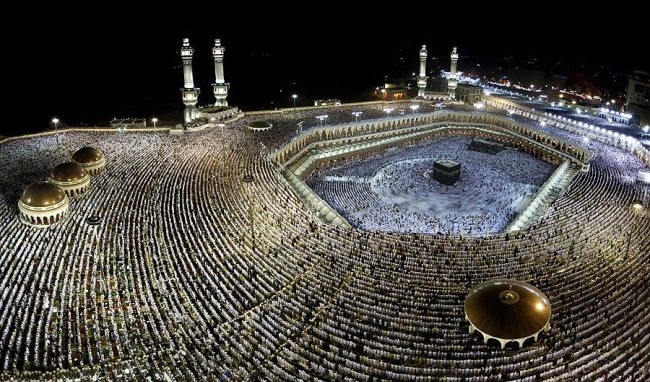 Hajj or the pilgrimage to Makkah is one of the five pillars of the Islamic faith. The other four pillars or fundamental commandments are declaration of faith (Shahadah), performing the five daily prayers (Salat), fasting in the month of Ramadan and giving charity on wealth accumulated(Zakat).

It is obligatory for every Muslim, man and woman to make perform Hajj once in a lifetime, if they are physically and financially able to make the journey to Makkah (Saudi Arabia).

It is stated in the Holy Quran:

And one can see the proof of this ayat being fulfilled as almost three million Muslims from all over the world arrive In Saudi Arabia in the last Islamic month of Dhul Hajj to perform this religious duty.

During the Hajj, all pilgrims wear simple white clothes in a state of Ihram which represents equality before God. Hajj 2017 will begin in the evening of Wednesday 30th August, 2017 and will end in the evening of Monday 4th September. the gathering of millions of people at a single place, wearing a similar dress shows that in Islam, all people are equal regardless of their social or financial status  and the only difference between people is their level of piety and God consciousness.

The diversity and enormity of the crowds of pilgrims in Saudi Arabia during the Hajj is something that needs to be seen to be believed.

After Hajj, Muslims celebrate Eid Ul Adha around the world on 10th Dhu al-Hijjah which continues for three days. On this Eid sacrifice of animals is performed and meat is distributed among family members, the neighbors and the poor people of the society