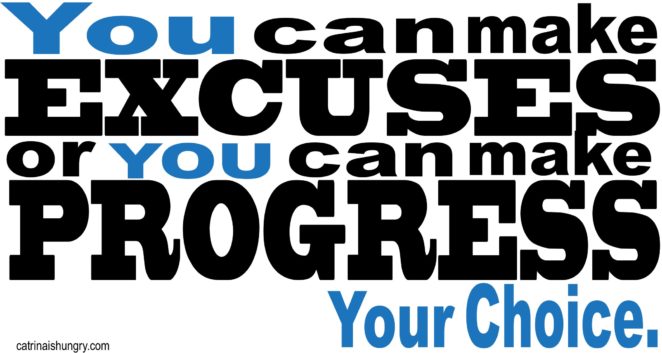 When I was little I used to come home for lunch as my school was on the same block as my house. One day I didn’t feel like eating and my mother got annoyed and I told her a lie.

I told her I couldn’t eat because a boy named Howie punched me in the stomach.

She contacted the school and the next day Howie apologised to me although he said he didn’t remember punching me in the stomach.

I was wracked with guilt and shame. I had lied for no particular reason save to give myself a reason why I didn’t want lunch.

Over the years I have seen many people invent excuses for failure. They will try to find something in their childhood to use as the explanation why they are weak or acted stupidly or are failures. They often take some minor event and twist it to become some serious charge, and present it as their reason.

Imagine a big fat man of forty four describing how when he was eight his father took him out for pizza and he ate so much he threw up, making it seem his father’s fault.

Many people need to blame others for their faults and failures. They need to find a reason why they haven’t gone as far as others have. Some will invent all sorts of parental abuse. Others all sorts of physical problems.

For to look in the mirror and take the blame, take the responsibility, admit the truth is impossible for them.