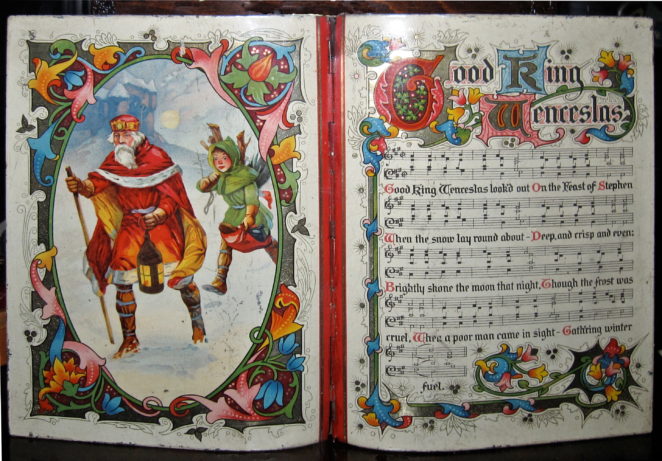 A favourite Christmas hymn, that is certain to get many renditions every December, begins with the lines:

Good King Wenceslas looked out, on the Feast of Stephen,

When the snow lay round about, deep and crisp and even;

Brightly shone the moon that night, though the frost was cruel,

When a poor man came in sight, gathering winter fuel.

The story unfolds that he and his page set off to the man’s house, “a good league hence”, to take him “flesh, wine and pine logs” and give him a happy Christmas, if a day late.

However, how much truth is there in this story? – Probably not a great deal. 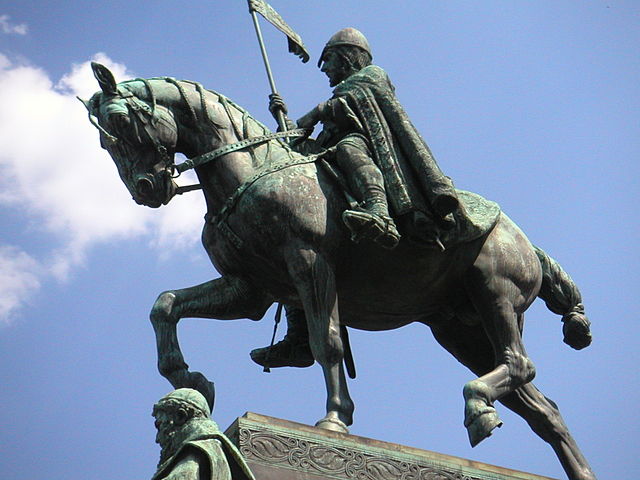 For one thing, Wenceslas was a duke and not a king, the extra title being bestowed on him long after his death. For another, despite being a Christian, there is not much contemporary evidence to suggest that he led a particularly saintly life during his reign (921-35), although he did promote Christian institutions.

However, he counted as a Christian martyr, in the eyes of the church, because he was murdered by his brother and was declared a saint because several miracles were attributed to him after his death.

As is often the case with early saints, all sorts of stories were told about Wenceslas after his death and there is no way of telling whether they were true or not.

Some of the legends were clearly based on fantasy, such as the one that says that Wenceslas is not dead but only sleeping under Blanik Mountain, together with a huge army of knights. When the need arises, it is said, Wenceslas and his knights will awake and send the enemy packing, much as King Arthur will do when the call comes in England. In the case of Bohemia, clearly neither the invasion of Nazi Germany in 1938 nor that of Soviet Russia in 1968 was considered serious enough to merit Wenceslas bursting out of the mountain.

The well-loved carol, written in the 19th century by John Mason Neale, was inspired by one of these legends and was possibly a translation of a Czech poem.

Whatever the truth of the matter, the message conveyed by the story is still a convincing one – if the highest in the land can put himself out to help someone in distress, then so can you. Mind you, the king’s page in the carol was hardly a volunteer – given the choice, he would probably have preferred to stay exactly where he was!