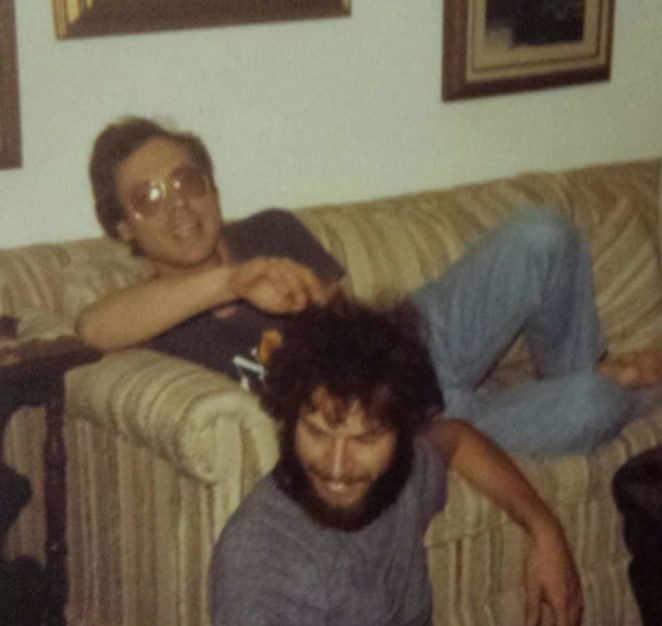 My brother Peter returned to Massachusetts in July of 1985 after living in Florida for 16 years. He had gone through 2 divorces, lost his job at the Florida Mental Health Institute & was put on a flight to Boston by a member of his Vietnam Vets Support Group. I picked him up at the airport & drove him home to Gloucester. In a few days he was more like himself & I helped him get a job at Greater Lynn Mental Health & Retardation Association, the agency I worked for.

For a few weeks things seemed to be going better for Peter then the demons he has struggled with for years came back to torment him. He stopped going to work & spent several days in bed, not speaking to anyone. My mom and dad were completely stressed out; their 37 year old son was home but mentally over a thousand miles away. Mom sought advice from Father Redmond,a Catholic Priest and Vietnam veteran who knew personnel in the New Hampshire VA hospital-the best one in New England.

I sought advice from Joni Beasley, the Clinical Director at Greater Lynn Mental Health. Finally we were able to persuade Peter to check in to the Manchester VA hospital. My dad & I drove him to the center where for two weeks he got intensive treatment for Post Traumatic Stress Disorder. Certain Angels who I will never know came forth to help my brother & I will never forget them for that.