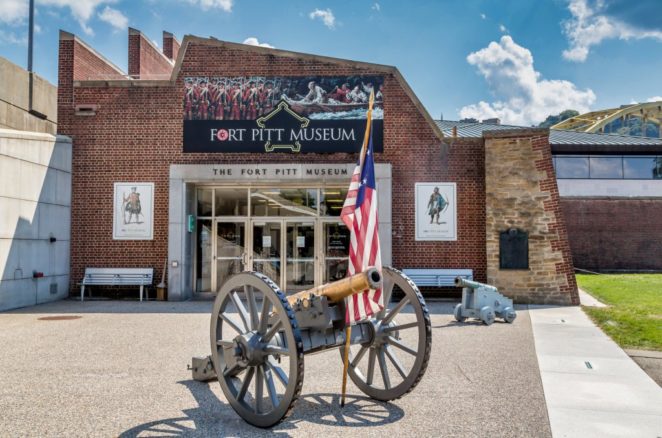 After walking a mile and a half from the Heinz History Center downtown in Pittsburgh, Pennsylvania, we arrived at Fort Pitt. Fort Pitt was a fort built by the British during the Seven Years’ War in 1761 at the junction of the Monongahela and Allegheny rivers, where the Ohio River is made. This all occurred during the French and Indian War. There is now a museum displaying artifacts.