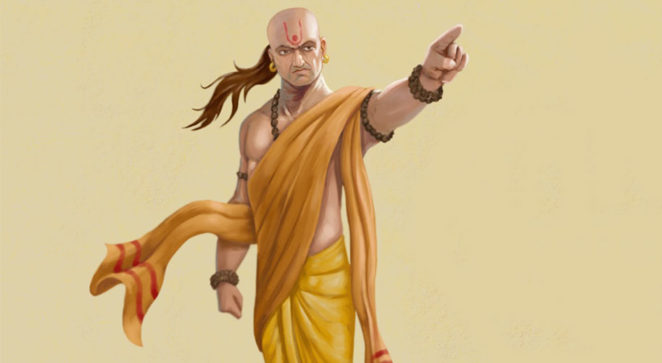 Chanakya, the master of almost every subject that ever existed on this planet. A man who was born in Magadh, an empire that existed long ago around 2300 BC in INDIA. The Creator of “Arthashashtra” – a subject out of which many chapters are still taught in Management studies in Schools and colleges, in India and Abroad.

Who was he? Why his name and strategies are so famous and still applicable to human science and politics even today after thousands of years?

The Great Chanakya when realized that Alexander is on his way to rule over the world and next target would be India, he came to meet King Dhana-nanda, The King of Great Magadh empire that had the strongest Army at that time. Unfortunately,  King DhanaNanda couldn’t realize the urgency of situation and importance of what Chanakya said to him.

Instead King DhanaNanda insulted the Great Chanakya and ordered his soldiers to kick him out of the Palace. That’s when the Great Teacher of India took oath of destroying DhanaNanda and his empire completely.

Bible, Quran and BhagvadGita, All Scriptures are proof that Almighty makes use of the weakest among the human being to show the world his Greatness. Chanakya, The Great Teacher, used his wisdom, teachings and strategies upon a poor child of India, CHANDRAGUPTA, who was a servant working for someone.

And that’s how the student and teacher made history by fighting and setting India free. The Great Chandragupta known as the First Emperor of The Maurya Empire – CHANDRAGUPTA MAURYA, was nothing without Chanakya- The Great Teacher.

Chanakya saw Chandragupta and was able to find out all the qualities a Leader must possess in order to be a better king. All he needed was proper training and support.

Chanakya, very well knew that his strategies will be of great help over years to come for future Generations. He wrote Arthashashtra, well known as Kautilya’s ArthaShashtra Today. The wealth management and everything related to Manage a Nation for a Leader, all how to’s and know-how of each and every delicate topic in politics discussed with full clarity.

Our leaders don’t need to look outside India for Help but unfortunately Chanakya – The Great Teacher is forgotten today.