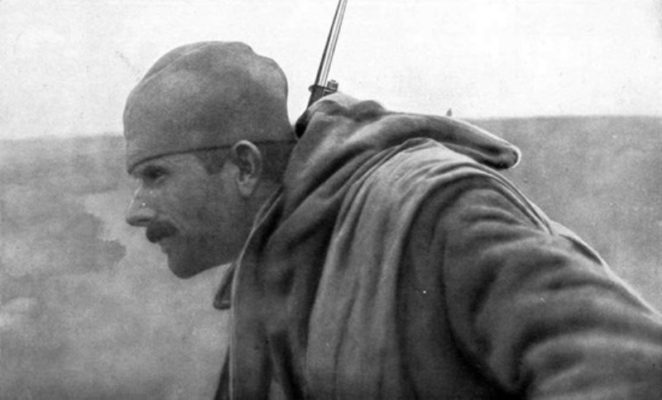 This photo went through the world. Today, it is a source of admiration – a small, tiny witness of the great suffering and determination of the people to survive. She entered the war albums and was irreplaceable in all publications as a symbol of the difficult days, great struggles and great victories of the Serbian army in the Great War. The author of the most famous photographs of the Serbian army from the First World War, including this ( scout Dragutin Matić), was Samson Chernov, a Russian photographer and painter. The photo was called,,Falcon eye,,.

Dragutin Matic was born in 1888. In Gadzin Han, near Nish.. He never went to school, but he knew that he was reading and writing. He got married early and got four children until leaving for the army. And then the wars came … Matic’s warfare began in 1910 and lasted for nine years. 1912 was a war with the Turks,1913 with the Bulgarians, the 1014 with the Austro-Hungarians. The battles fought on Cer, Kolubara, Albania, Corfu, Thessaloniki, Kaymacchalan ..Somewhere in 1914 on the Drina, before the withdrawal of the Serbian army through Albania, a photograph was created on which Matic, unconsciously and almost accidentally, had forever entered history. Dragutin returned home in 1919. For demonstrated heroism and courage, he was awarded with several war medal. He was engaged in farming. He never expired his war merits, nor did he demand any kind of privilege, salary or benefit from the state. 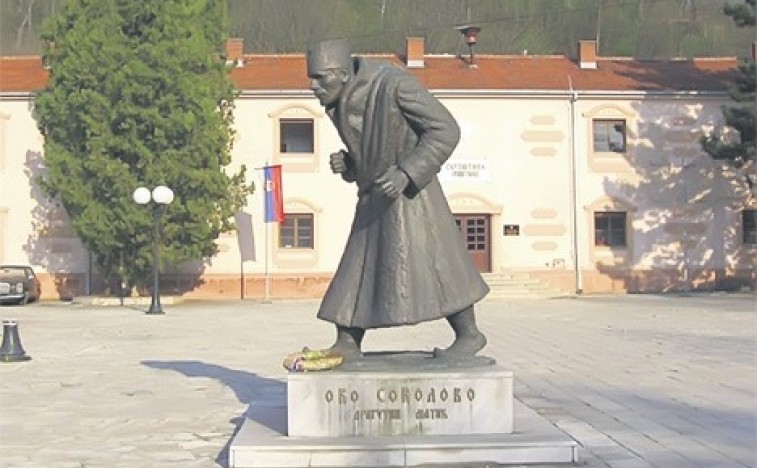 He died on January 1, 1970, just days before his 83rd birthday. There is no place dedicated to remembering the Great War  without Dragutin’s photos there. Today in his hometown there is a monument in his honor.