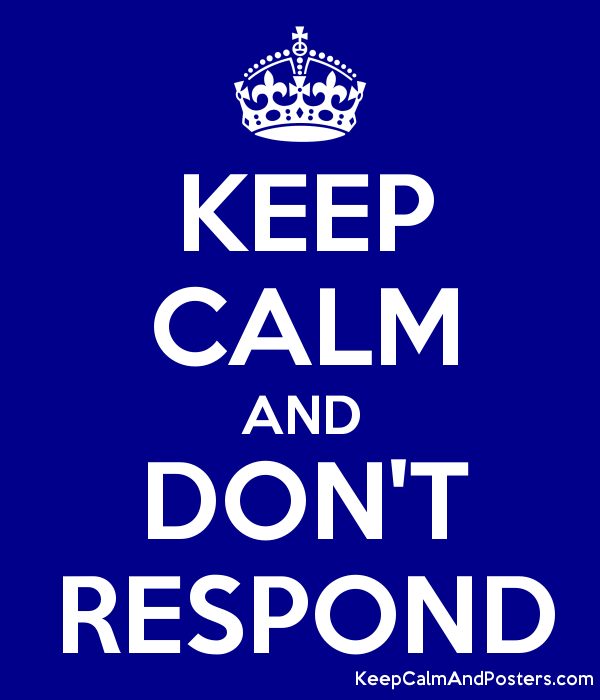 There are people who hold certain views.   Nothing will dissuade them.

You can bring a trailer load of proof that their view is wrong, but they won’t change their opinion.

Often, their brains are owned and operated by a Third Party, so unless that Third Party changes the ‘dicta’  they will die holding that opinion.

Today, instead of only annoying their neighbours with their stupidity they post on social media.  Often as a response to your post.

If you are being paid by the comments, then you can drag it out as long as possible.   If you are not being paid, then simply ignore.

You might think that showing them the error of their position is the correct response, but when people refuse to see what is in front of them, you are just wasting time and brain cells.

Don’t respond, move on.   Leave them in the darkness.