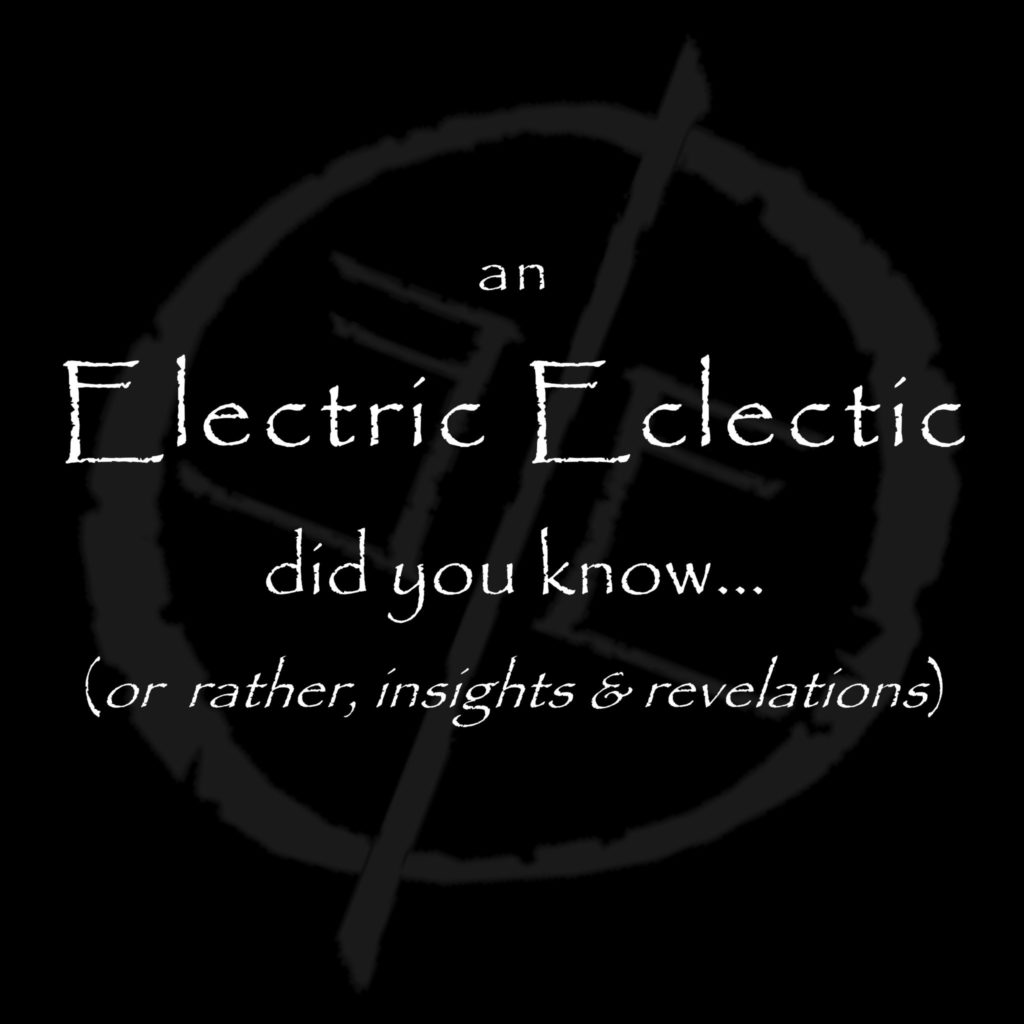 Here is an Electric Eclectic “Did you Know”…

Our modern alphabet derives from the Latin alphabet used by the Romans.

There are several differences, they did not distinguish between the letters i and j or between u, v, and w, for example.

When the roman alphabet emerged, it only used capital letters, lower case did not exist.

According to the Oxford English Dictionary, the Wycliffe Bible was the first document to refer to big letters as “capital” letters.

The names “uppercase” and “lowercase” came into use hundreds of year later, reflecting the way printer organised their typesets.

Compositors kept the individual pieces of metal type in boxes called cases. The large letters, the capitals, were stored in the upper segments of the case, and the smaller letters (along with the type for punctuation and spaces) stored in a lower part of the case.

These names, based on their relative positions in the cases, came into common parlance in the workplace and the schooling system. Hence our continued use of this phraseology today.

Would you like to learn more about loads of bookish stuff?

Read the Electric Press Literary Insights magazine, the current edition can be read at https://issuu.com/electricpress/docs/epfebruary20

Why not enjoy both?

We’ve all heard,we are closely related to monkeys, but have you heard of these facts? Some are made up, some are real.

All are true and false questions.

Have fun, but beware.. I like to trick people.