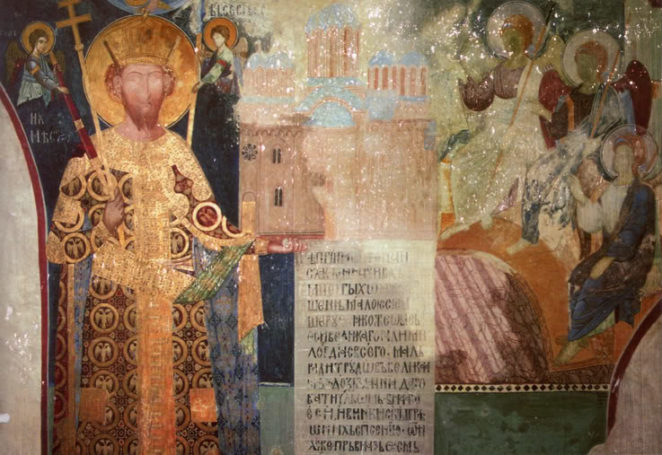 As a young man bravely led a fierce and bloody struggle. Passing “through fire and water”, acquired among friends and enemies among the great heroes and reputation “of a small Serbian army largest voice and name from the universe to flow.” Fate put him in front of enormous challenges. In agreement with the Patriarch Spiridon and the whole sinklitom will go to pay homage Bayezid, the Sultan who killed his father and take his underage sister of Oliver in his harem. As he wrote old Serbian writer David Princess Milica and her son Stefan became subsidiaries murderer of Prince Lazar. It was a tough scar on the soul of the young Serbian nobility. No subsequent time will be easier. In the battle of Rovine, where their lives leave Mrnjavčević Marko and Constantine Dragash, Stefan fought against Duke Mircea (who will then be an ally), and in Nikopol, a dramatic and fateful battle by Christianity, despot is on the Turkish side against the Christian Coalition and King Sigismund of Luxembourg. Then personally stew banner of this famous Hungarian ruler with whom he will soon become a friend of his vassal, and the Knight of the Order of the Dragon, established in Buda, where the Serbian despot had his palace (no Serbian ruler van Serbia until then, not only had such a lavish but in general did not have the palace).