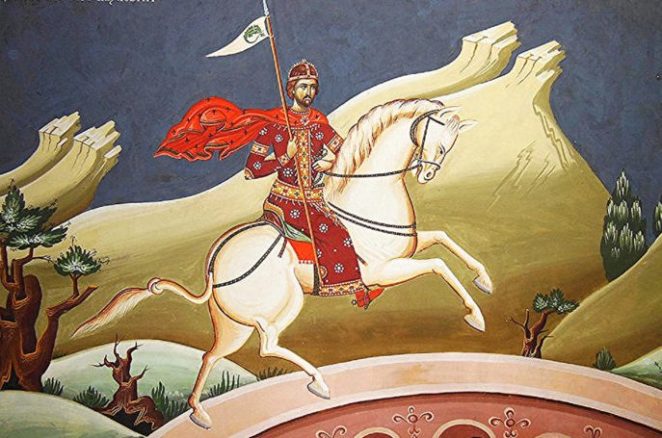 Despot Stefan Lazarevic (1377-1427), who as ruler adorned wisdom, and as captain of courage and chivalry, who took part in more battles than any predecessor to the Serbian throne, was no less famous as a writer, translator, patron of the arts and artists’ courage conveniently connected with good scholarship. ” To ensure that it is in Serbian history is immortalized as a brave but wise ruler, who is Miloš N. Djuric said that is closest to the ideal of the philosopher-rulers. “Guided by the devout” – everything was high at Stefan Lazarevic: and stature, and chivalry, and culture. Whether it comes to warfare, struggle and art, “which for many is not easy, in all this was the first and the second upućivaše”. He was the ruler of extraordinary talent and ability, the ruler who was always in the first place was his “hristoimenito flock”. This “guardian of piety” he used to secretly get out of the night walks and gives the poor as an unknown benefactor, “that makes the usual alms.” Others had failed in succession Serbian Empire, on whose ruins he creates a powerful despotism. Serbian state after the Battle of Kosovo took another 70 years precisely thanks to the skills of Despot Stefan.