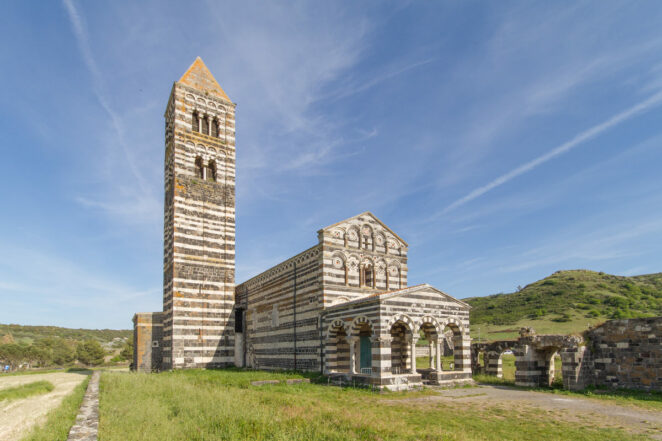 This church is an example of Pisan Romanesque architecture. The black and white basilica dates from the 12th century. At the time it was built, the island was divided into 4 kingdoms (administrations) known as Judicature or Giudicati. Judge Constantine of Torres and his wife visited the Camaldolese monastery asking for a blessing to have a child. After the birth of the child, the judge ordered that a church be built as a gift to the monks. The construction of the Church of the Holy Trinity was completed in 1116 on the ruins of the old monastery. The facade of the church is built of local stone, with alternating layers of black basalt and white limestone. Several examples of Romanesque frescoes are preserved in the church.