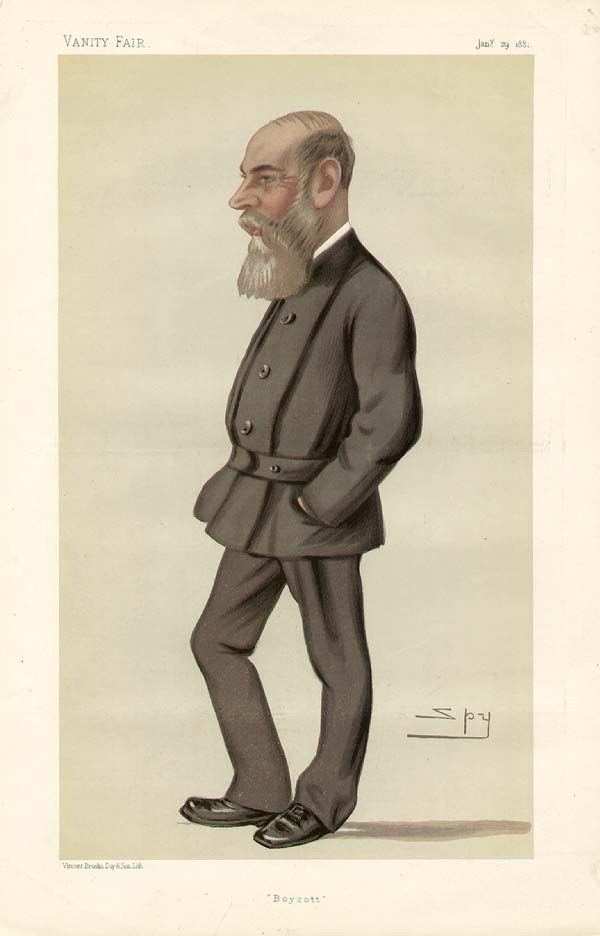 During the 19th century large areas of what is now the Irish Republic were owned by English landlords, many of whom did not live there but employed land agents to administer their estates on their behalf and ensure that tenants paid their rents on time. One such landlord was Lord Erne, who held 12,000 acres in County Mayo and whose agent was Captain Charles Cunningham Boycott.

The system of land tenure was such that tenants only held their land on one-year leases and could be evicted even if they paid their rents on time. An eviction might be made because a landowner wanted to amalgamate two or more small farms into one, or if he wished to offer a tenancy to somebody he believed would be able to pay a higher rent.

The Irish Land League had been formed in 1879 to campaign for a fairer system, and ultimately for Irish ownership of the land. In the short term its members demanded lower rents and fixed tenure.

One weapon they had available to them was outlined in a speech by Charles Stuart Parnell, the leader of the Irish Land League. This was designed to apply to a tenant farmer who took over the farm of someone who had been evicted. The action was to shun that person “by isolating him from the rest of the country, as if he were the leper of old”. However, the technique was to prove very useful in a somewhat different circumstance.

When harvests were poor it became extremely difficult for tenants to pay their rents, and they were likely to appeal to their landlords for rent reductions. In September 1880 Lord Erne agreed to a 10 per cent reduction for his tenants but this did not satisfy those who were seeking a 25 per cent reduction. When a number of tenants refused to pay unless this concession was made, Lord Erne issued eviction notices, which were served by Captain Boycott.

The action suggested by Parnell then came into play. All Captain Boycott’s estate staff left, so that he had to do all the work himself. Nobody would dig the potato harvest. The shunning became personal in that nobody would talk to him, serve him in the local shops or sit near him in church. In order not to starve he had to have provisions sent directly to him from England.

When news spread about Captain Boycott’s fate there was indignation in England and in the nearby province of Ulster. Fifty men marched to the estate to dig the potatoes and they had to be guarded by 900 soldiers. The Land League was delighted with this action as it showed just how effective their tactic had been if nearly 1,000 men were going to be needed to harvest a crop from a single farm.

Captain Boycott stuck with the task for as long as he could, but eventually he left the country to seek a quieter life in England. Somewhat surprisingly he did not harbour any personal grudges against his former Irish tenants and frequently returned to Ireland to take holiday breaks in later years.

However, his name has lived on in that whenever comparable action is taken against a person or organisation they are always said to have been “boycotted”. 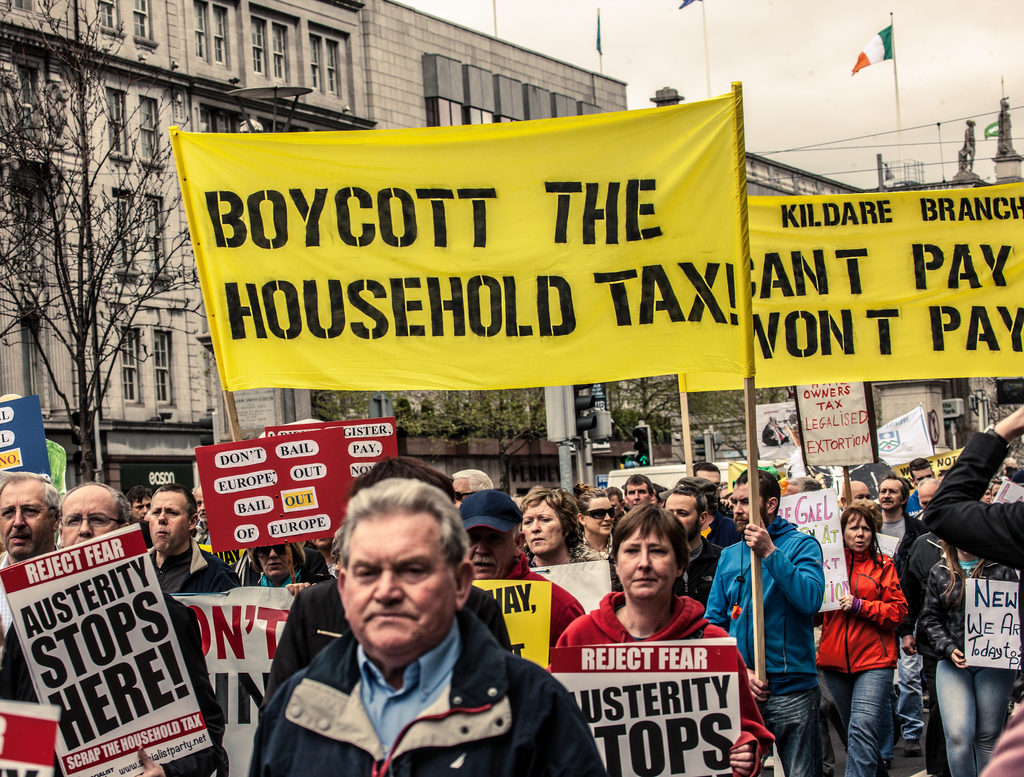