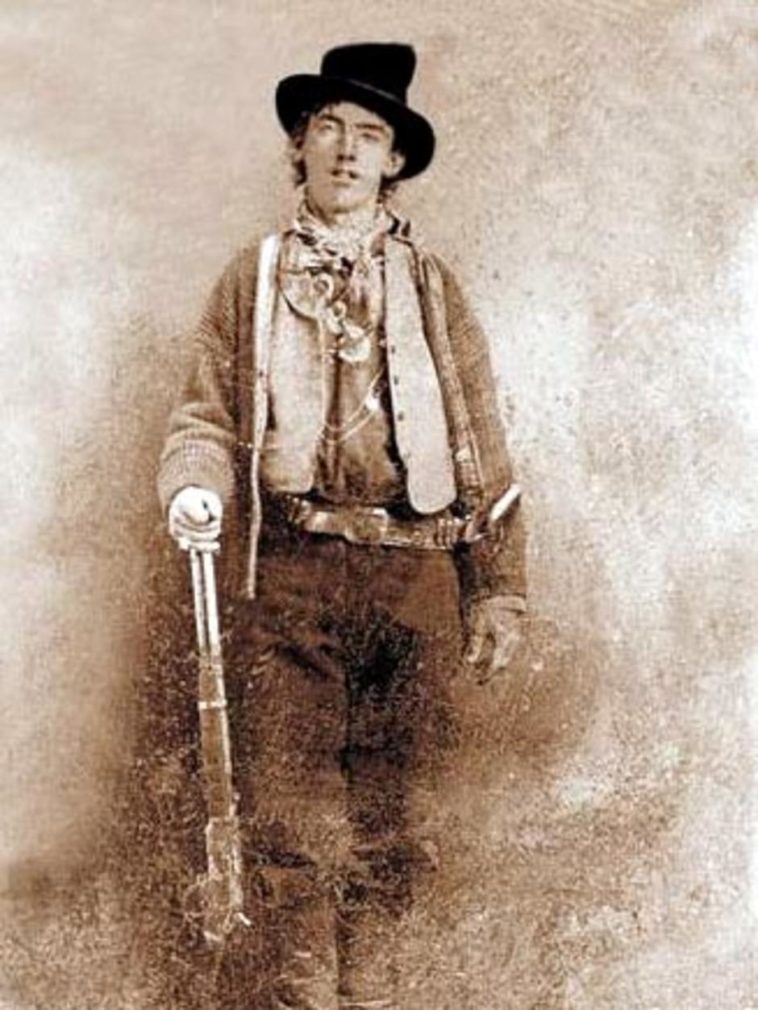 When we think of Billy the Kid we usually think of all the bodies he left in his wake. Although legend says he killed 21 men, historians say it was more likely eight or nine.

Billy’s real name was William H. Bonney, at least that was the name he used. Or maybe it was Henry Antrim (from his stepfather), another name he used. His mother gave him the name William Henry McCarty, Jr. when he was born on 23 Nov 1859 in, believe it or not, New York City, not exactly the wild, wild west. (The date is not absolutely certain.) She was an Irish immigrant who came over during the potato famine. His father is unknown.

In 1868 his mother moved to Indianapolis with Billy and his brother. There she met William Antrim who was twelve years younger than her. Together they moved around the country. In 1873 she married Antrim at the First Presbyterian Church in Santa Fe, New Mexico and they settled in Silver City.

Young Billy was sent out to work at a hotel where, ironically, his employer said he like him because he was the only kid who never stole anything. That changed in April of 1875 when he was arrested by the Grant County sheriff for stealing some cheese. In September of 1875 he was arrested again for possession of stolen goods but escaped by climbing up the chimney. His criminal career took off when he began stealing horses with John R. Mackie, a Scottish-born former cavalry officer. 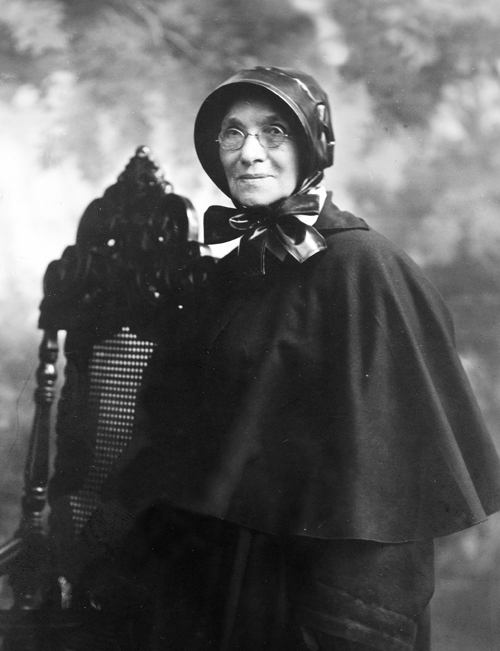 Rosa Maria Segale was born in the little town of Cigagna in Italy on 23 Jan 1850. Her parents were well-off, the owners of two orchards. Despite this they tired of the political turmoil that characterized Italy at that time so they packed up the family and moved to Cincinnati, Ohio. Rosa was just four years old at the time. Growing up in Cincinnati she was familiar with the work of the Sisters of Charity who ministered among the poor and orphaned as well as nursing wounded Civil War soldiers and made up her mind that this was the life she wanted.

In September 1866, 16-year-old Rosa entered the order. Her desire was to work in Santa Fe. She made her vows on 08 Dec 1868 taking the name Sister Blandina.

In 1872 Sister Blandina, along with Sister Justina, were informed that they were being sent to minister in Trinidad. They looked on a map but the only Trinidad they could find was the Caribbean Island. When she boarded her train she found out that the Trinidad they were headed was a town in southwestern Colorado. They arrived there on 10 Dec 1872.

Trinidad was much like the stereotypical western town of Hollywood. Saloons, gunslingers, etc. It all came as quite shock to the two nuns. The local newspaper was full of the exploits of Billy the Kid and his gang. Once Bill Schneider, one of the gang, rode past a terrified Sister Blandina and her schoolchildren. A week later she was told that Schneider had been shot and left to die after getting into a fight with another gang member. She was asked to bring him food and care for him. She went without hesitation.

During one visit to Schneider Billy the Kid stopped for a decidedly unfriendly visit. He planned to scalp the four doctors who had refused to treat Schneider. One of the doctors took care of the nuns and was a friend of Sister Blandina’s.

Billy thanked her for taking care of Schneider and told her that he would grant her any favor she asked. She immediately asked him to spare the lives of the doctors. A man of his word, Billy spared them. As he left he promised her that he and his gang would always be ready to help her.

In 1877 they met again. Sister Blandina, along with another nun, were traveling with a family on a short trip. The man was concerned because Billy and his gang had been robbing stagecoaches in the area. Sure enough the gang attacked but, when he saw Sister Blandina, he tipped his hat and rode away.

The two met one more time in 1881 when Billy was in prison in Santa Fe. It was only then that she learned his real name, well, the Bonney version of his real name. As she left she told him that she wished he had been treated with kindness before he had started down his path to destruction.

On 14 Jul 1881 Billy the Kid was shot by Sheriff Pat Garrett and died at Fort Sumner, New Mexico. Sister Blandina continued her work out west founding a school and a hospital. After 21 years in Colorado, she returned to Cincinnati. She died on 23 Feb 1941 and her story was published in a book entitled At the End of the Santa Fe Trail in 1948.