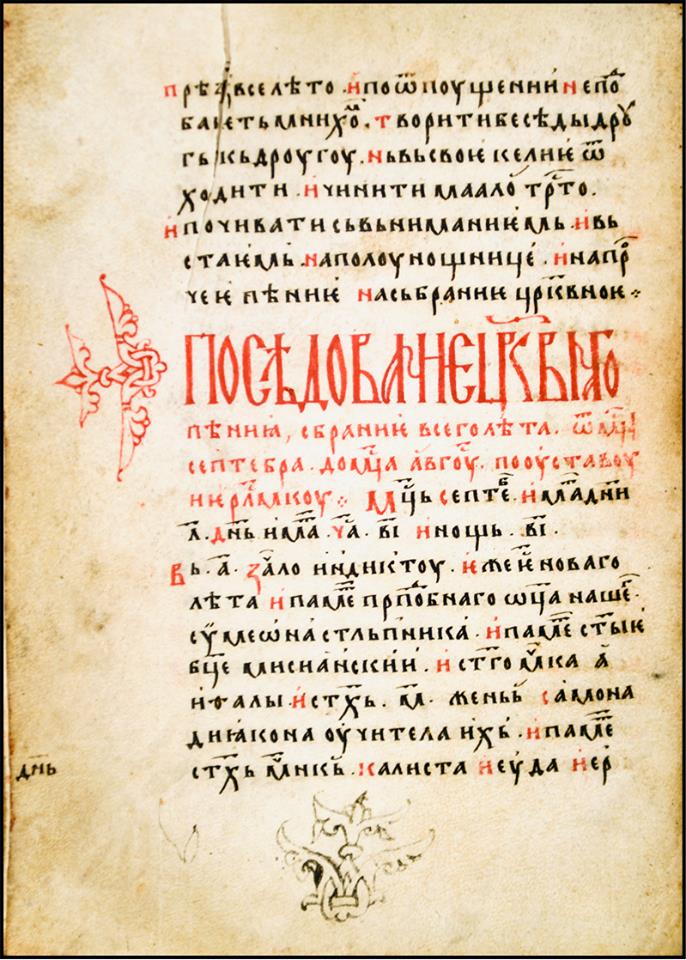 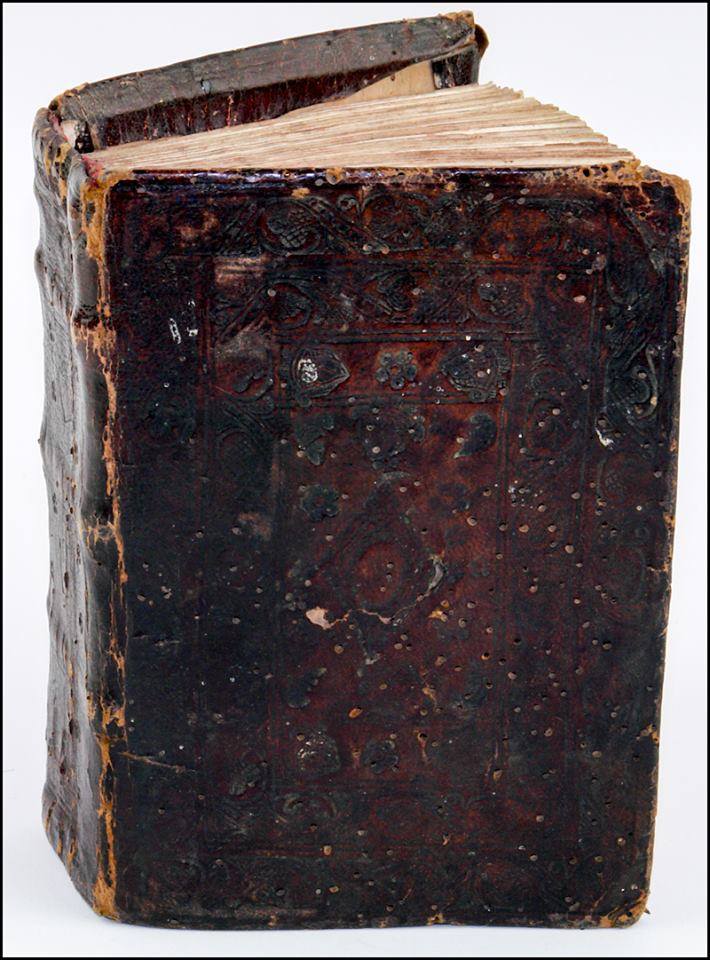 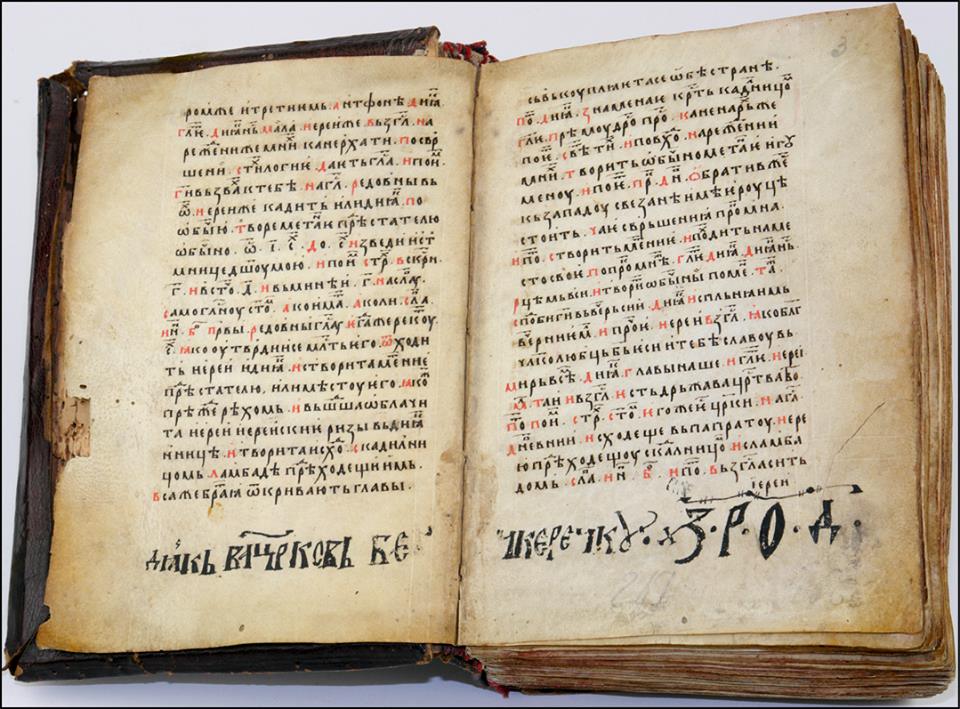 “Becskerek tipik”, written on parchment in the third quarter of the 14th century, the only handwritten tipik in the collection of the Library of Matica Serbian. Contains 205 sheets. The book was written one scribe constitutional letter, spelling Rask maintained in the presence of some RESAVSKA line, a Serbian Church Slavonic language. It is assumed to have originated in Serbian Kovin, south of Budapest, the Danube large adi Csepel, who founded the refugee monks from the Serbian Banat Kovin the Turks in 1439. It is named after the preserved record which shows that this book student Vuk j donated the church in 1666. Matica Serbian bought it in 1909, along with the library Aleksandra Sandic, professor of Serbian Orthodox Great Grammar School in Novi Sad. About this manuscript was prepared special publications published in the series “