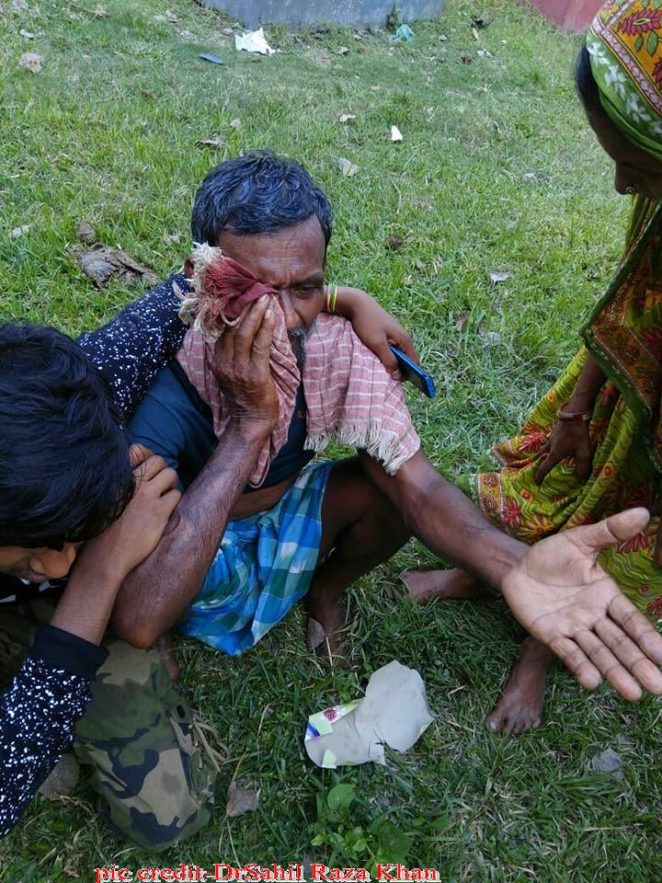 A horrible  communal violence like situation seen in West Bengal The Chhopra Block in Uttar Dinajpur at Laxmipur an antisocial and criminal Abdul did create violence by attacking innocent villagers along with 100 of his accompanies.

In the Broad day light without any fear of law and order , this man attacked villagers with Bombs, Guns openly which created a war like situation there in the state of West Bengal. Interestingly this MAN NAMED Abdul is believed as direct relation with Trinmool Congress Party(TMC).The villagers are in so scarce situation that they even not ready to talk about a single word against Abdul and his criminal associates.

The Home Ministry need to look into the matter with utmost priority as this matter reported to  the Ministry by a Registered Voluntary organization called “The Last Hope’.With the hope of  normalize the violent and communal like situation I would even like draw attention  of TMC high Command , Mamta Banarjee who is at present is the Chief Minister of West Bengal .