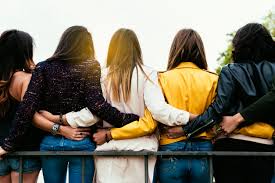 During the years since she had broken up with Billy, Abby had seen him on a number of occasions.  He was always with a different woman.

Billy didn’t see her.   He always concentrated on the woman he was with.

Abby remembered that about Billy.  He always focused on her.  He didn’t look around to see what other women were doing, he looked at and listened to her.

When Abby saw him with other women she kept in the background and slipped away.

It wasn’t that she stalked him, it was that they liked the same places, they had similar schedules.   Similar tastes, from where he would sit, to what he would order.

Sometimes she could virtually ‘feel’ if he was present or not, and when he entered.