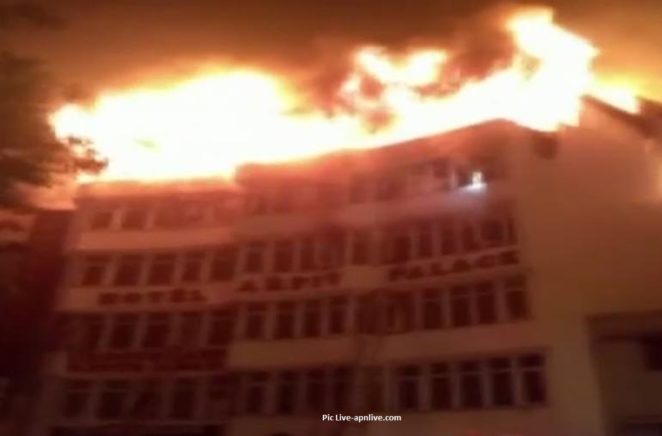 A spark of fire took as many as 17 lives without any fault of them. Their only fault was that they decided to stay in Hotel Arpit at Karol Bagh in the National Capital where this hapless incident of fire took place.

Once again many individuals who are responsible will be charged, will be investigated, action will be assured and taken. Maybe somebody gets punished but no one will be able to compensate those who lost their loved ones in this tragedy. 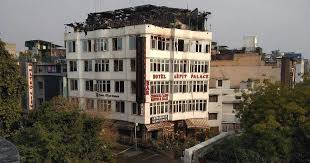 The fire that swallows life of 17 people that has started from room number -109 of the first floor of the Hotel ‘Arpit Palace’’ at ‘Karol Bagh’.

In a big  hotel in the Korol Bagh area 17 people were killed due to a massive fire in the early hours of Tuesday. There was a sudden fire in ‘mysterious circumstances’ in the five-storey hotel ‘Arpit Palace’ on’ Gurudwara Road’. The fire took the upper floor in the grip. In this terrible accident, 17 people including 5 women and one child were killed. 3 others also got injured .As soon as the news of the accident came, police, fire department, CATS ambulance and NDRF teams reached the spot. 35 people stranded in the fire, fire brigade personnel escorted many injured inmates of this hotel safely with the help of Sky lift . According to DCP MS Randhawa, the hotel is owned by Shubhendu Goyal.

Atul Garg, Chief Fire Officer, says that investigation is being conducted at many levels right now. That’s why, at present, nothing can be said. He told that this hotel is the guest house as per our records. Now why it was being run as a hotel, it will be examined. By the way, the hotel was renewed for three years on December 18, 2017.

Fire Department said that many errors were found during the primary investigation in the hotel. Who played a vital role in provoking the fire is wood-fiber: An attempt was made to extinguish the fire in the room number-109, but the fire continued to grow. Being an interior of wood and fiber, the fire reached the roof of the hotel and reached the ceiling. •

There was not any open exit gate: There was a problem opening the exit gate and slider window .This did not escape the smoke spreading inside the hotel and people were suffocated. 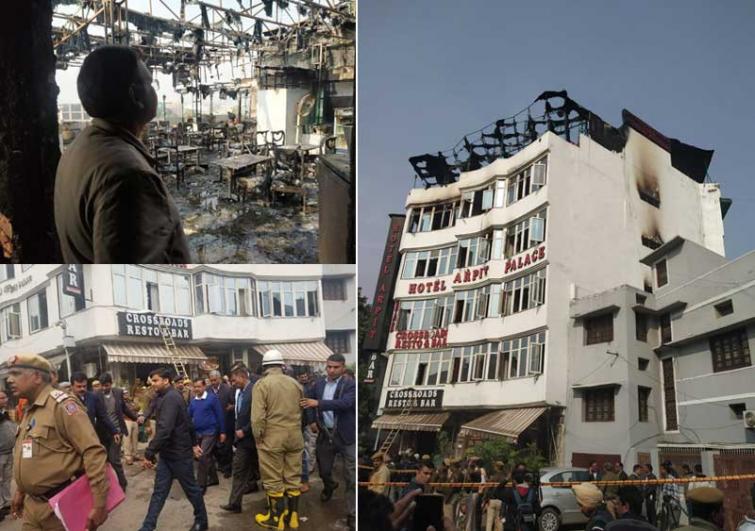 Fire Department’s officials say  that most bodies are found only on the third and fourth floors of the hotel. The people could not able to open the button lock on the doors.

As per recent inputs all the culprits along with the owner of this Hotel ‘ARPIT’ also were arrested before some days and the court of law put them behind the bar for further investigation by Delhi police of the National Capital of India.