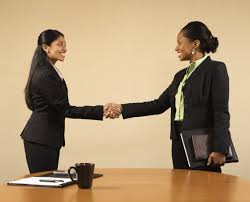 Dominique continued in her job.

She  paid little attention to the Agency and the post she had not gotten.  Almost childishly she  focused on sports, interests, even television programs.

Anything to not think of the post she had wanted, thought was hers.  And didn’t get.

Her life moved in a different direction and soon enough she  forgot about the Agency and the turn down.

Then, thinking of taking a Cruise she realized  that since she had escaped the pressure and all encompassing nature of the job, she could take a full vacation, and enjoy herself.

Dominique decided to take that Cruise she had always promised herself.

She went off without a care for there was nothing to worry about.

When she returned the big news was the huge bribery scandal at the Agency.   The Agency she had applied to and was turned down.

Not only was Ervin Markus in custody, but other members of the Agency had been arrested, questioned, a few low level were released.

Apparently, there had been some long standing contract with some crony of a politician.   When there was an investigation of that  person for some other reason, it was learned how he had bribed those at the Agency for years.