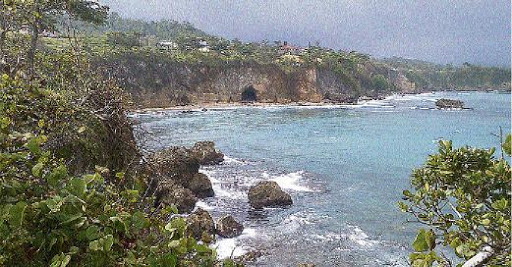 She used to demand to be called ‘Bishop’ .    That scam flopped so now she wants to be called ‘Doc’   as if she was a medical doctor.

Being in her presences for over one minute it is  obvious that this was one of those common gals who used what she could to ‘get over’.   Now that she is  old and hideous,   her only pleasure is in having slaves.

She has taken three women into the mansion;   the mansion is her brother’s.   He was also a master scammer, but now is mostly blind.  The three women are to clean and worship ‘Doc’.

It is amazing to see her demand they line up,   three middle aged women,  given this free accommodation in return for their freedom.

They can’t say anything to me, obviously.

If they had the ability to escape,  to get a job,  I don’t know if they would.   The idea of free food and electricity and water and residency is worth their self respect.

Doc has aged very badly and her dementia created a sense of her superiority.   Her daughter keeps her a bit in check, but just a bit.

Apparently, she was a terrible mother, her children hate her, and only this one is here, and probably here because I am.

Seeing these three women, who should be able to have created  life for themselves,  even a shoddy one, yet prefer to be slaves to this repulsive creature raise questions and answers as to how and why.