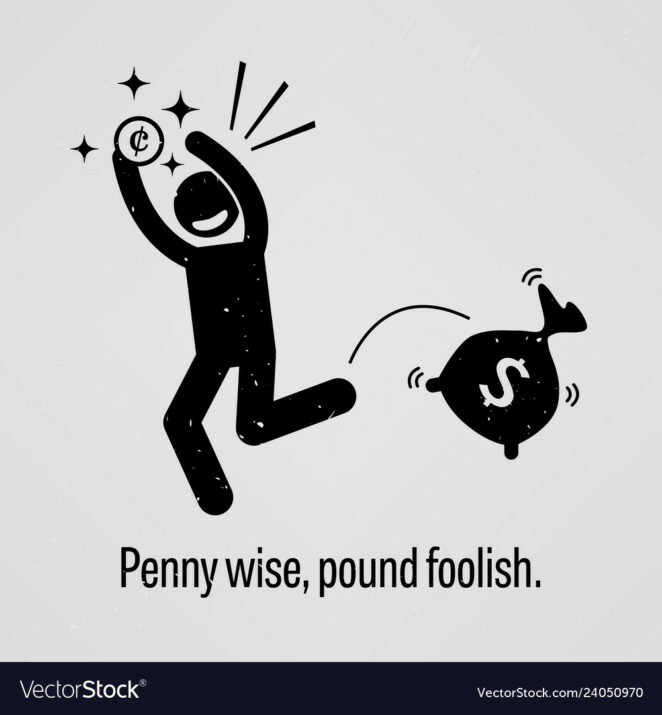 Some time ago I wrote Penny Wise and Pound Stupid.   It was about a man who, to save money on construction hired unprofessionals and got an unprofessional job which cut bags of money from the value of his house.

It is easy to appreciate that when you don’t hire qualified people and you don’t want to pay market costs, you get a shoddy job which isn’t worth what you paid for it.

There are other examples of this kind of behaviour .

Examples of people who don’t want to pay lawyers for recovering large sums of money.

Sure, if a poor chap was charged for an offense and got legal aid or could only pay a lawyer a small retainer, then the lawyer can accept or not.   But when one hires a lawyer to recover over $1M and balks at paying 10k;  well, one can not expect all effort to be employed.

When one wants someone to do them favours and is so cheap that the person doing the favour is almost out of pocket, thats a one off.

So the cheapskate who tried to not pay the lawyer or cover expenses of the favour granter finds themselves losing more money than they might have gained.