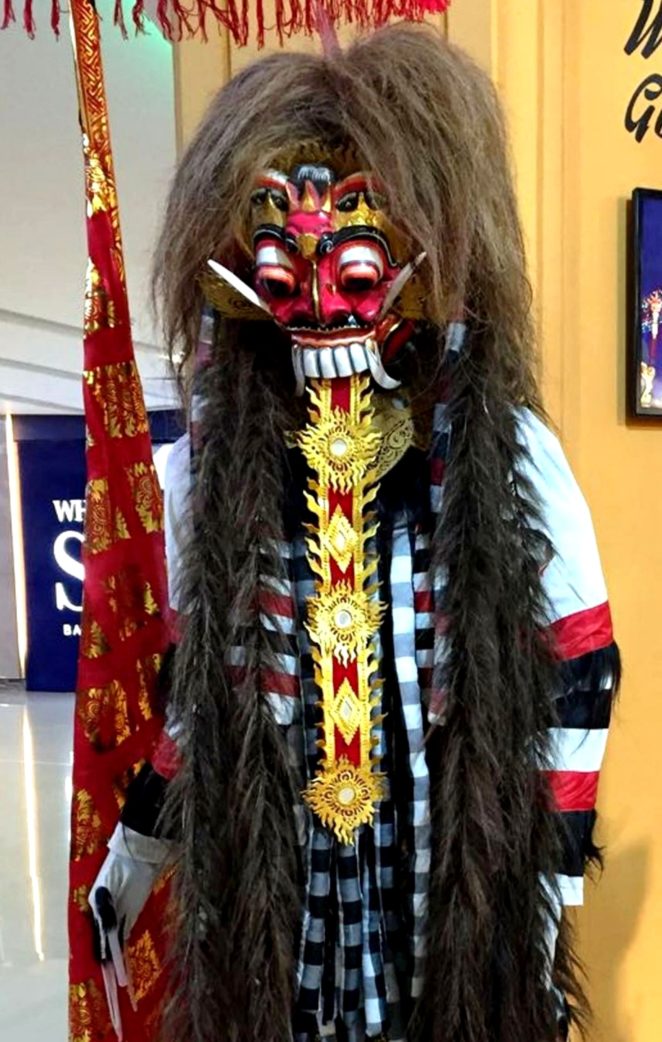 This Leak mannequin is the last photo of my trip to Bali last week for this challenge. The leak which usually creepy, here just look fashionable at the airport information counter Ngurah Rai Bali. 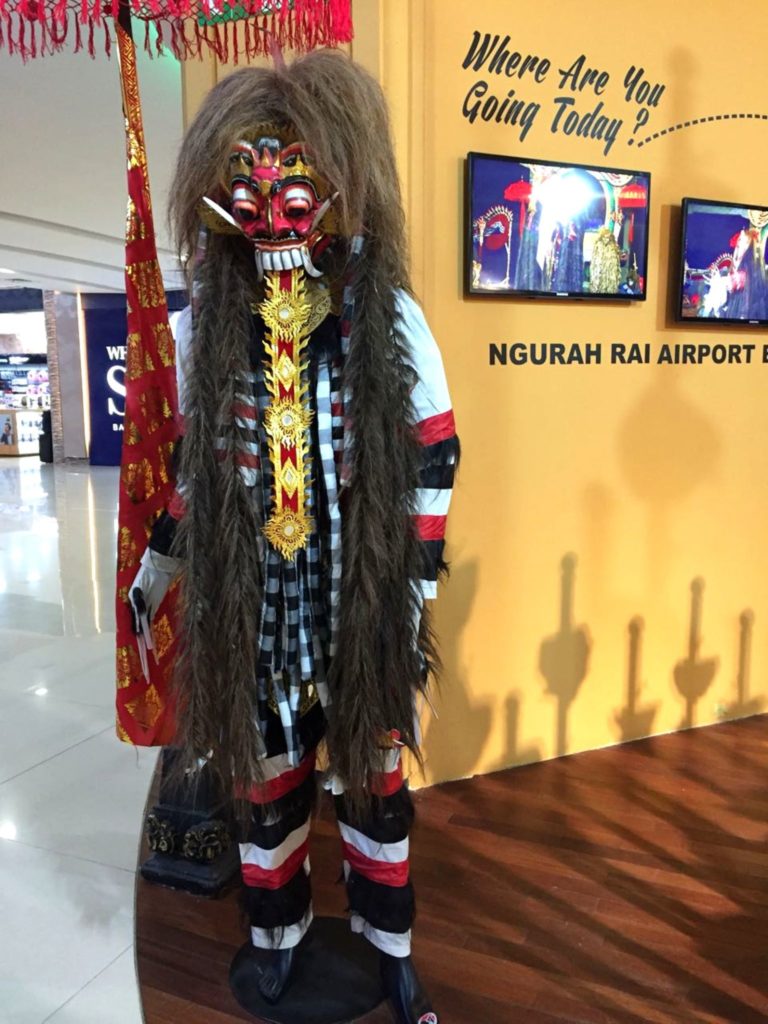 The leak is a figure which more than just a legend or myth for the people of Bali. They are the hereditary enemies of society for thousands of years. In fact, Leak is a human with a black magic called “Pengeleakan” which is identified with the evil behavior of the followers of the left or the pengiwa (adherents of the left ism) in the form of the human head with the organs hang on the head and require the blood of the embryo in order to to live. Leak in Bali is often said to fly to find a pregnant woman, to then suck the blood of babies who are still in the womb. A leak can transform itself into a pig or fireball, while the real Leak form has a long tongue and sharp teeth.

In the daytime, the form of Leak Bali is like an ordinary human, but at night they will change and no longer human. They become evil spirits that will fly around.

This leak magic can be studied on lontars containing a series of Dark Arts. In lontar Durganing Purwa stated that there are about 35 types of the leak, including Leak Pemoroan, Leak Nengkleng, and Leak Ugig which all connotes the ugliness in the Leak’s magic.

If someone stabs Leak’s neck from the bottom to the head when their head is separated from their body, then Leak cannot reunite with their bodies. If the head is separated for a period of time, then Leak will die. The mask with a frightening face shape with long fangs pointing out and long protruding tongue like that mannequin is called celuluk, which is the leak with the lowest grade.