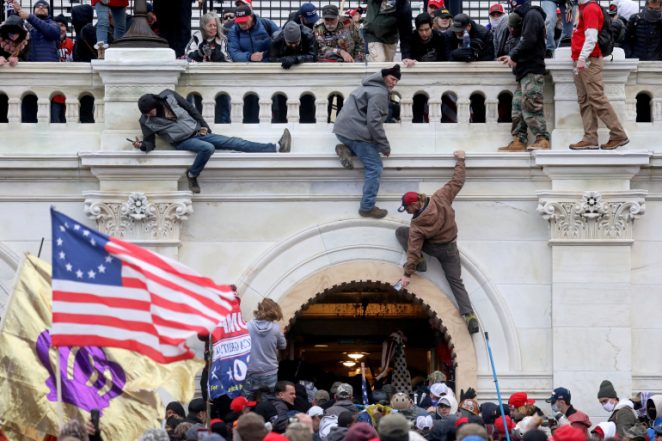 On January 6, 2021 there was an attack on the Capitol Building in the United States by supporters of Donald Trump.

Looking back, rehearing the speeches,,  it seems evident that Trump  expected the guards at the Capitol building to open fire on the rioters.

A violent group is  invading the heart of government while it is in session. It is expected that the security team hired to defend the Capitol should open fire.

The security team  let the rioters break in to the Capitol Building.   They let them invade offices, smash objects,  take souvenirs.

All of it was captured  on camera.  Much of the footage was taken by   the Invaders themselves who  were so proud of  what they were doing, they filmed it.

Trump wanted dead bodies rolling down the steps of the Capitol.  This would taint Joe Biden’s administration forever.  It would split the country in half.

Someone in charge of the Capitol realised what Trump intended and thought it better to let the world see how his supporters behave.

Trump, who had told his followers that he ‘would lead them’, instead took refuge to watch the ‘show’ on television,  believing that he would soon see the deaths of his followers.

When Trump realised there would be no mass shooting, (hours later)  he sent his supporters home.   He failed in his martyr building attempt.

I think all those who follow Trump should consider the real use he had and has for them.