During the Army parade in Iran’s southern city of Arab Ahvaz region of the country, four dreaded terrorists who came in a military dress during the army parade shot indiscriminately for 10 minutes. 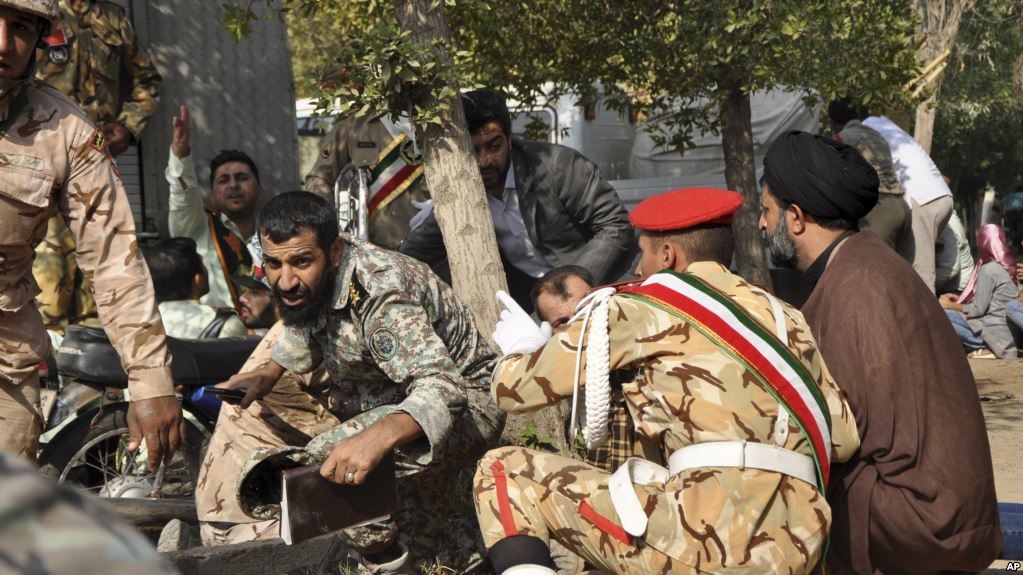 In this attack, 29 innocent people have been killed and more than 70 also were wounded.The security forces fired and killed the three assailants on the spot, the fourth terrorist has been caught in the injured condition. Islamic State took responsibility for this attack. Among the dead, there are 8 to 10 soldiers from Iran and also includes  women, children, and a journalist.

President Hassan Rouhani of Iran at this time of unprecedented terror attack also called on the security forces of the country to find out the real ring master of this inhuman terror attack.
Most of the victims in this attack hail from Iran’s Elite Revolutionary Guards.

Former Iranian President Abolhassan Bani Sadr also urged,” “Iranian regime is at war with its own people and that it uses its military might, both inside and outside the country, to justify its existence.”