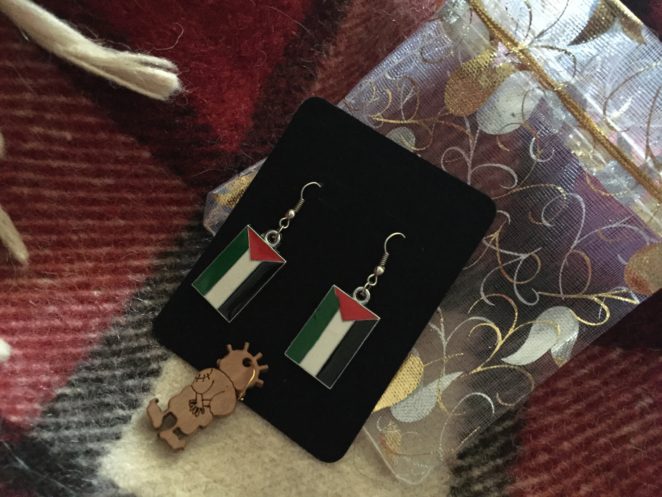 While on Facebook, I met a Palestinian Social Activist campaigning to help the children in Gaza. He stated that many kids need treatment, and he is campaigning for further aid. I decided to interview him about current life in Palestine.

Zionist Israel continues its racist Zionist practices and occupation against the Gaza Strip because they want to transfer their Zionist embassy to Jerusalem, the official capitol of Palestine. Meanwhile, Israeli settlements continue to increase in the Gaza Strip, and Zionist Israel continues to steal land. Many Palestinians are living in misery, similar to many other people before them who were occupied by Zionists. They try to resist and fight back for their Homeland and a normal life, but at least everyone worldwide now knows the truth rather than the Zionist bullshit propaganda lies.

In the end, the Palestinian Arab position contradicts the Zionist position in the issue of Jerusalem, which is a major contradiction. The demented Zionist entity wants to unite the city in order to remain its capital without its indigenous Muslim inhabitants. The Palestinians want to establish the capital of the future state of Palestine as Jerusalem, and to keep the city open to others of all faiths. There is no doubt that the strength of the Zionist position is due to the changes imposed by this demented entity since the occupation of the holy city, especially the illegal Israeli settlements in the Palestinian communities. And, its success is the Judaizing of Jerusalem and the removal of Arabs, especially in the western section of the city.

The international community doesn’t recognize these changes made by the Zionist entity as well as they do not regard Jerusalem as the unified capital of the entity. The international resolutions issued by the United Nations has consistently denounced the Zionist State and do not recognize Jerusalem as its unified capital, demanding that it return its decisions about changing the city’s features. Despite the international community’s condemnation of the Zionist entity as well as the adoption of positions and resolutions by the United Nations to stop the Zionist violations, the occupation continues oppressing Palestinians, especially in the city of Jerusalem. It has escalated tragically from the outbreak of the second Palestinian intifada in 2000 to the current escalation of violations on Palestinians’ human rights.