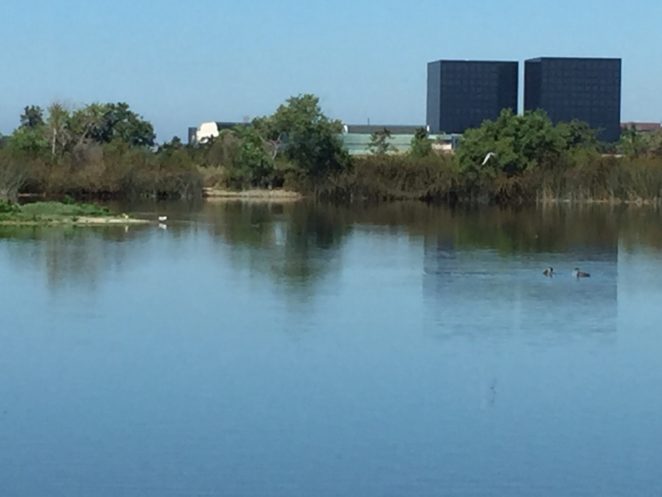 I was enjoying a relaxing day, either relaxing in front of the TV or on the internet, until I decided to take a break and eat my dinner. I fixed some food and turned on the TV to watch an indie channel. All of the sudden, at 6 pm, the TV was acting up until it went dead. Then, I realized everything went off and I had a power outage. I went outside, and I realized the whole neighborhood was experiencing the same outage. I finished my dinner and I decided to take a walk. I went across the street to the University Town Center, where I noticed bunch of kids hanging outside with their iphones. All the stores were closed and dark. It was like the area went dead, but some young people were walking around, bored without electricity. I walked back home.

At 8:30 pm, it was getting dark, and I still didn’t get power back. I decided to light two candles and then just sat in the dark, wondering what to do until I fell asleep. I played around on my iPhone for a while. I googled information about this power outage, and I noticed SCE posts stating that the estimated time for power to return was around 5 am or 6 am. I also noticed some posts stating that around 28,018 Irvine residents are experiencing this power outage. And, it has to do with some fire at the Culver/Michelson intersection. The local airport, John Wayne Airport was experiencing difficulties, in which many inbound flights were cancelled. What a mess!

At around 10:30 pm, I called my brother to see what he was doing. I chatted for a while, bugging him to buy a copy of my graphic novel. As soon as he turned off the phone at 10:54 pm, I noticed everything coming back on. I soon felt alive again. I was restless during the 5 hours of power outrage that I didn’t know what to do. The white tea light candle and a bigger one inside a jar are still burning.