What can I say? Of course, George Eliot (or Mary Anne Evans, her real name, an English poet, novelist, journalist, translator and a leading writer in Victorian era — I suppose you know already that women writers during her time adopted male names in order to be taken seriously as women then were stereotyped as capable of writing only romance novels) was right in that observation. Animals are indeed free of human’s ability to discriminate and are said to have better grasp of reality and awareness than we do. They live their lives in accordance with the cosmic law. They cooperate with the nature. We live ours either changing or destroying the world we live in — thinking we are special, unique, superior species. Who are we kidding?

Anyway, for the Day-33 of my 365 Photo Challenge, let me introduce you to our furry siblings in Everland, Yongin-si, Gyeonggi-do, South Korea. These couple named Le Bao (male originally named Yuan Xin) and Ai Bao (female originally named Hua Ni) arrived sometime in March 2016. They are on a 15-year lease agreement discussed during Chinese President Xi Jinping’s visit to the country. It was finalized and confirmed when Premier Li Keqiang visited Seoul in 2015. Apparently, China already loaned a pair to South Korea 22 years ago but they were returned when it (South Korea) suffered from Asian foreign exchange crisis. The two countries agreed to cooperate in the Panda research hence, the loan.

The environment in Panda World is simulated to that of the Panda’s home base in Sichuan, China. 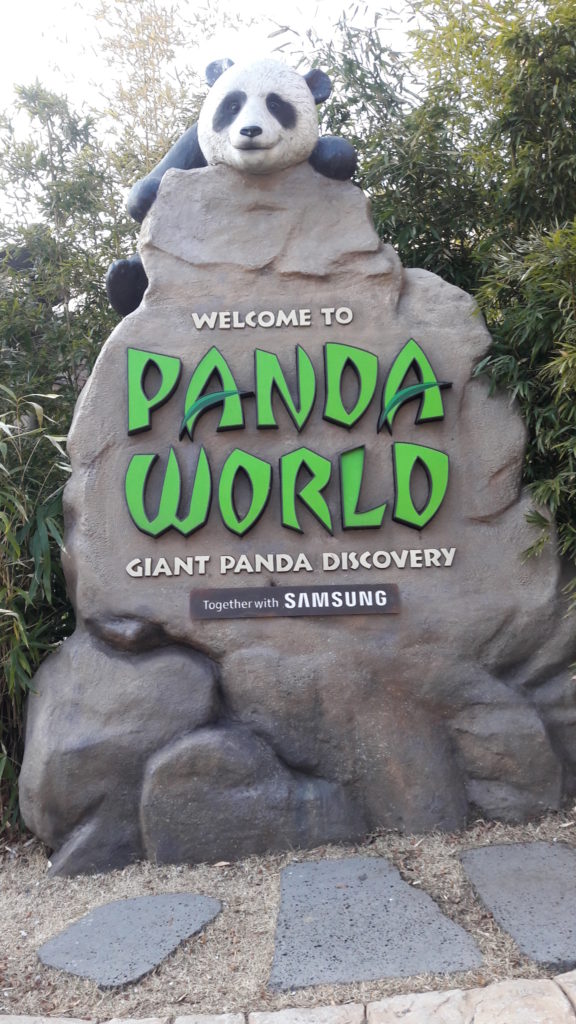 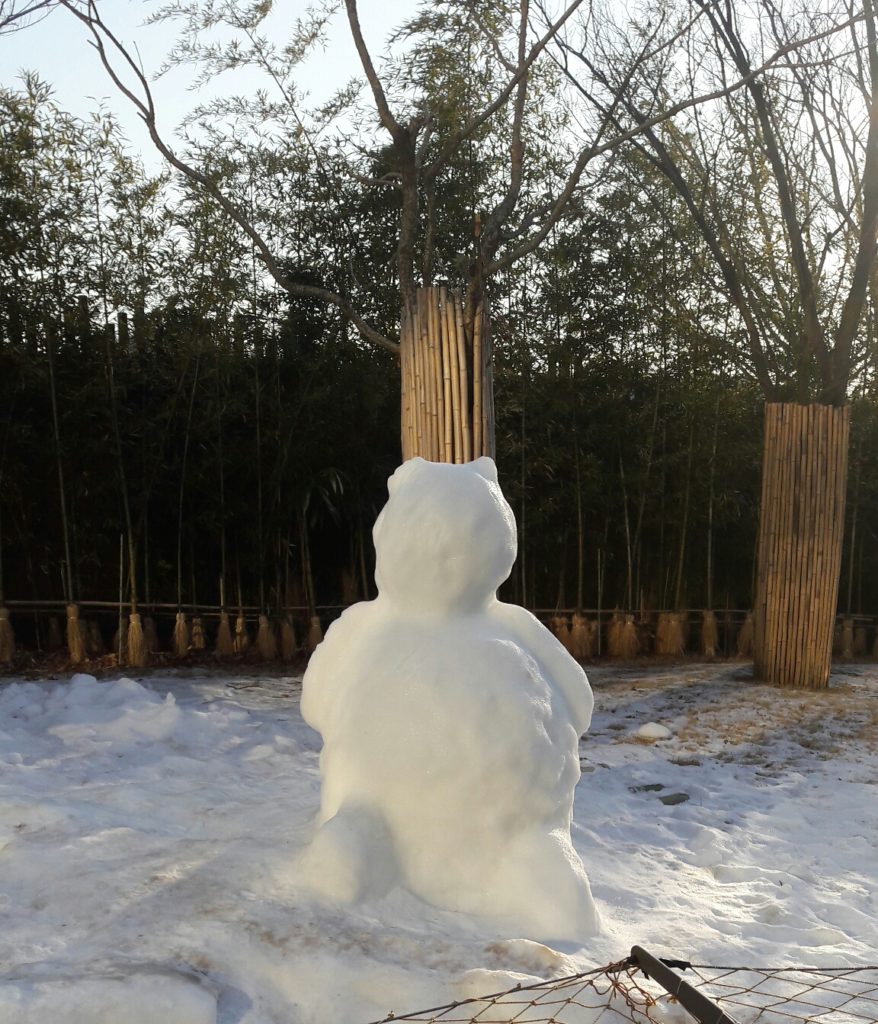 In the entrance, you shall be greeted by this stone image of a cute panda amidst now wilted plants buried in an inch coat of snow… 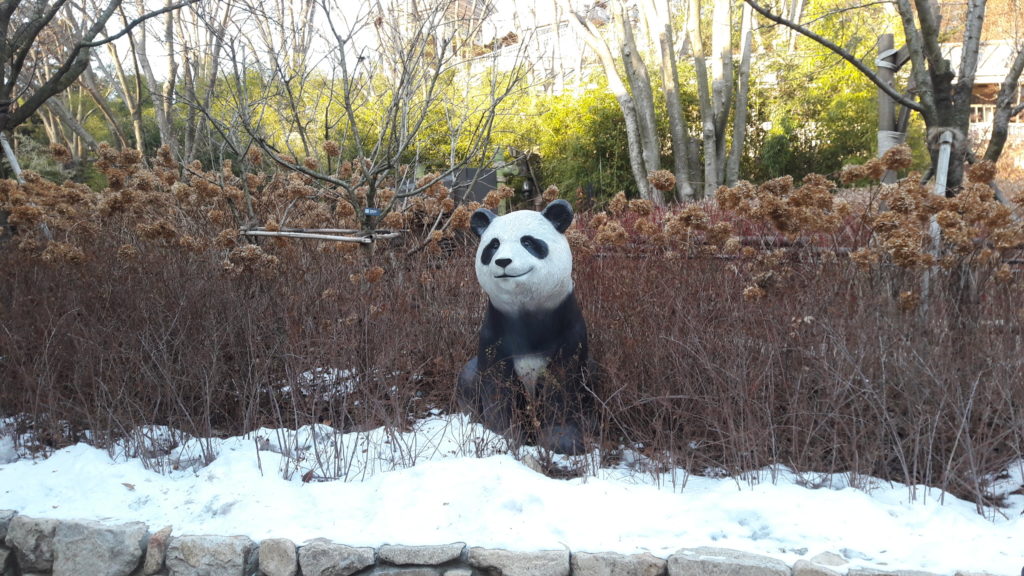 This is the real thing — he munched bamboo and completely oblivious to people looking through the glass window. Looking at it, I wonder how he manage to chump the bamboo without wounding his gum and tongue. I mean he eats it as if he is eating some spare rib and it takes a long time for him to finish eating. This is the second time I saw Pandas; my first was in Chiang-Mai, Thailand. 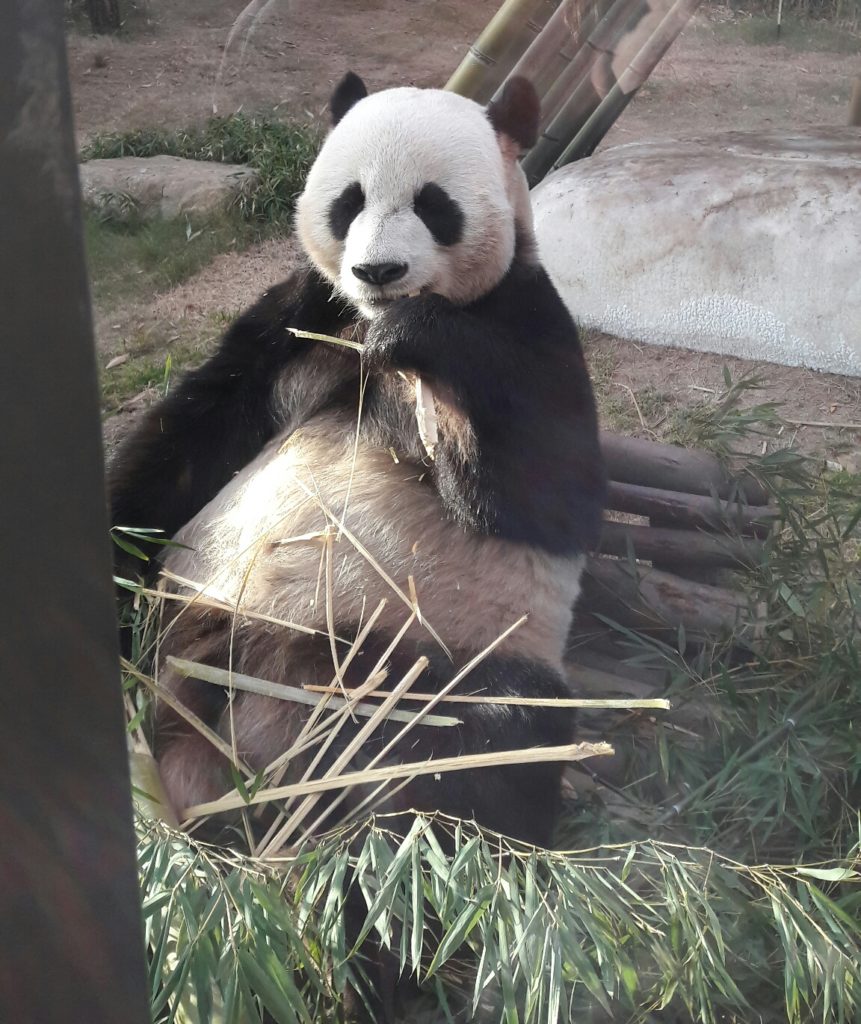 This is the other Panda — she is enclosed in an area with fence and seems to be semi-aware (as unlike the other one, she would actually glance at spectators and change her position from time to time) of the people but most probably bored with the ugly humans ogling at her…well, of course, I do not know that for sure lol — I am just assuming because the crowd does not excite her. 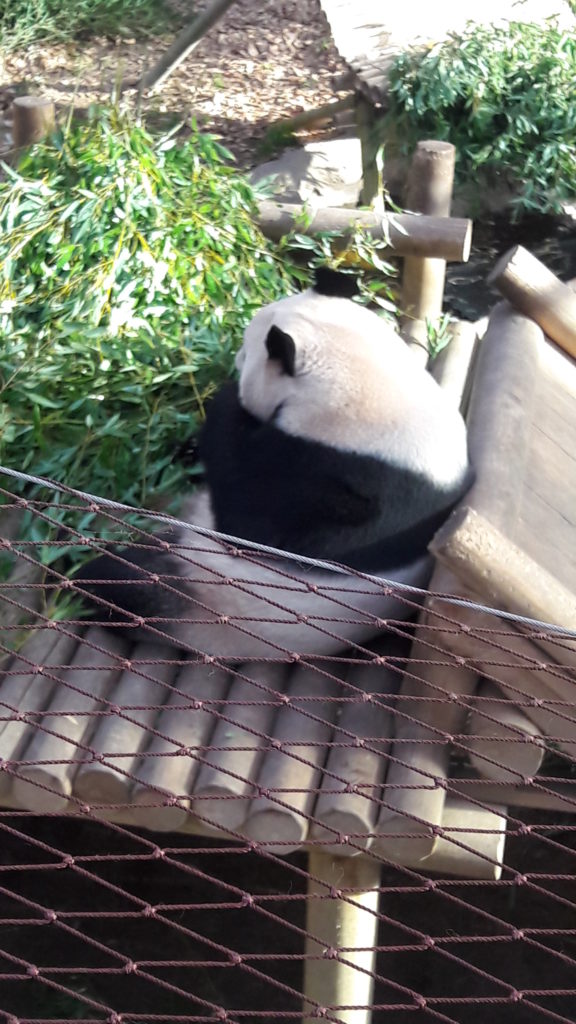 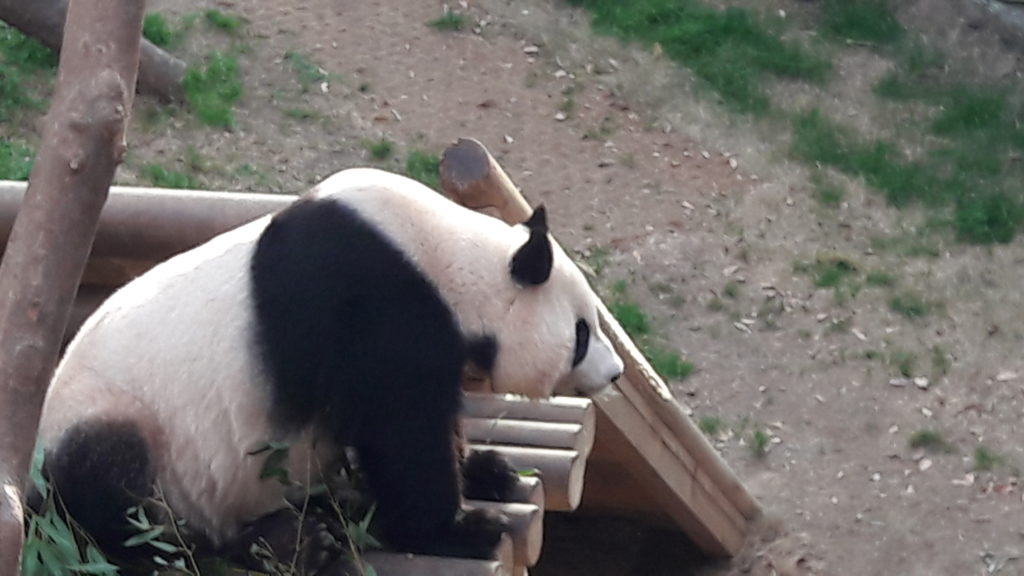 I can, in reality, will not grow tired watching these couple. However, as is common in any travel itinerary, time is always limited and so, like it or not, we had to bid them adieu so we can go to the next attraction.

Now if you want to see what is going on in the 365 Photo Challenge and want to be in it, then read it here.