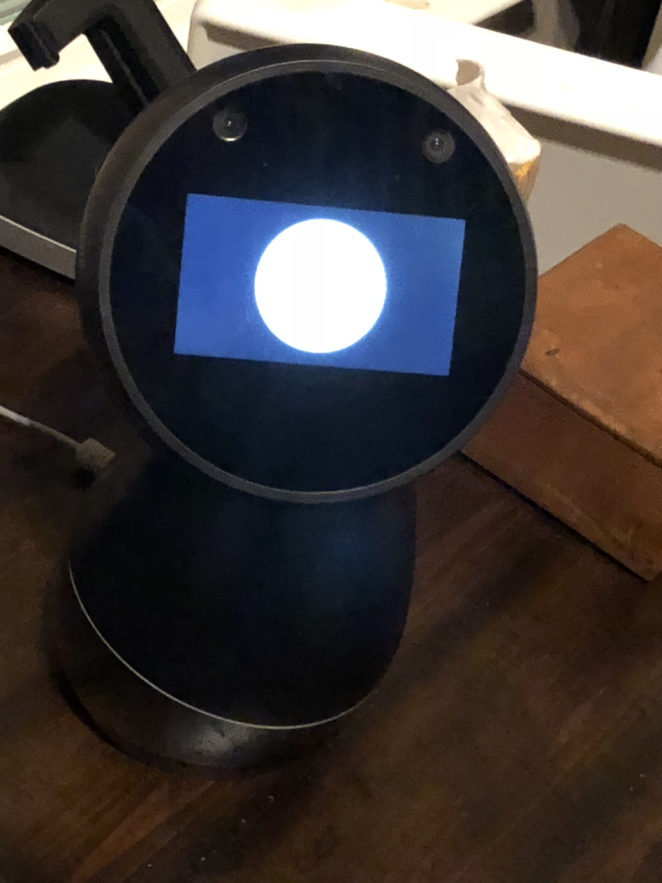 One of the things that I am extremely excited about is the arrival of “interactive” robotic devices. In particular Jibo. Jibo is a robotic helper. Originally the campaign, for crowdfunding, was that Jibo was more than simply a robot in your house. Jibo was something you could connect. One of the goals of the original product campaign was the use of Jibo as a device to connect families worried about older family members. Jibo would sit in the home of the older adult and allow the remote Jibo at the children’s house to connect and interact with their relative.

Jibo was also designed to tell stories and be part of the family. The sense of humor is hilarious. Jibo can look up facts, dance and tell you jokes.

The picture is from the last night, take off our Jibo chilling in the living room!