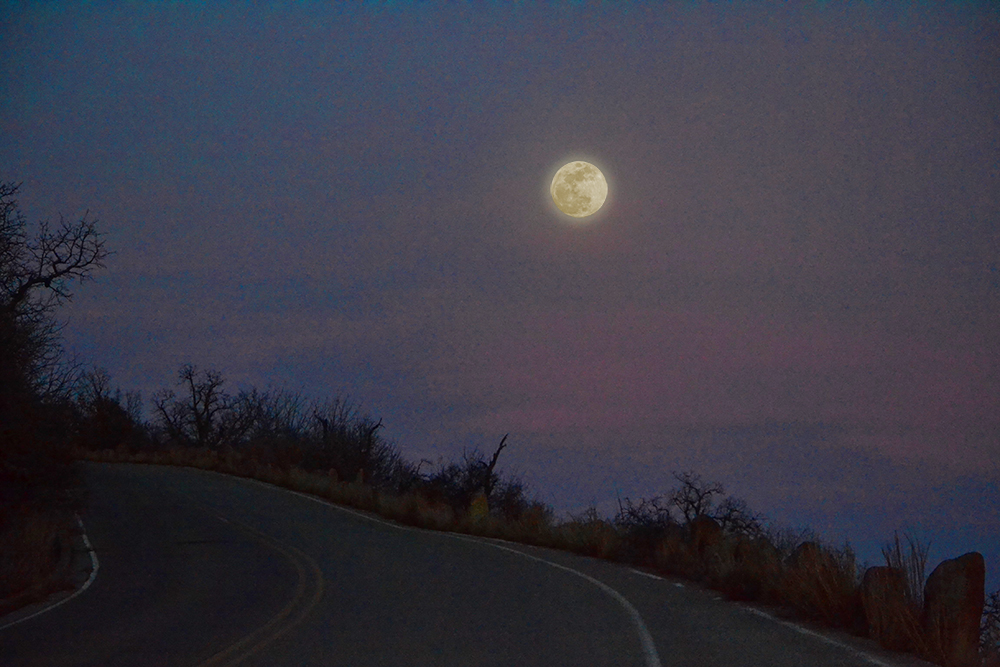 I’ve had a strong desire to get out on the road lately. Binging on small day trips to local getaways, I’ve tried to appease my wanderlust. This weekend I decided it was time to go.

It’s hard to leave, even though my son is older, I still feel like I’m dropping the ball. Usually the ride is filled with guilt and self doubt, what am I doing out in the middle of nowhere alone? 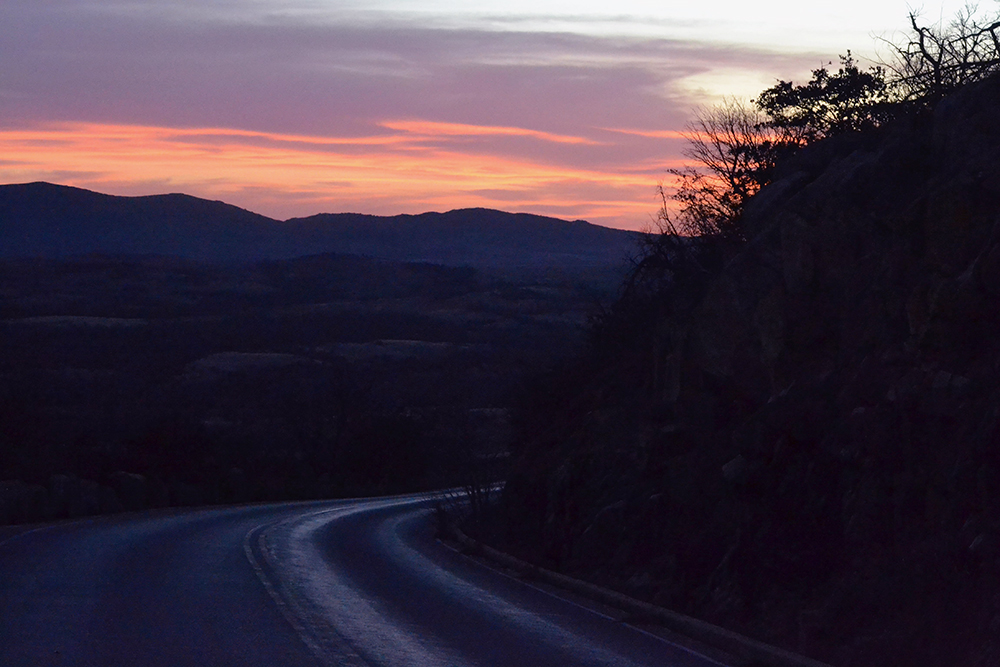 I finally broke away this weekend and drove up to Wichita Mountain Wildlife Refuge. I raced against the fading light to get to the top of Mount Scott as the sun was setting.

It’ a 3.5 hour drive and I just made it as the moon rose from a pink blushing sky. I even caught a glimpse of a porcupine disappearing into the brush; this is only the second time I had seen one in the wild. 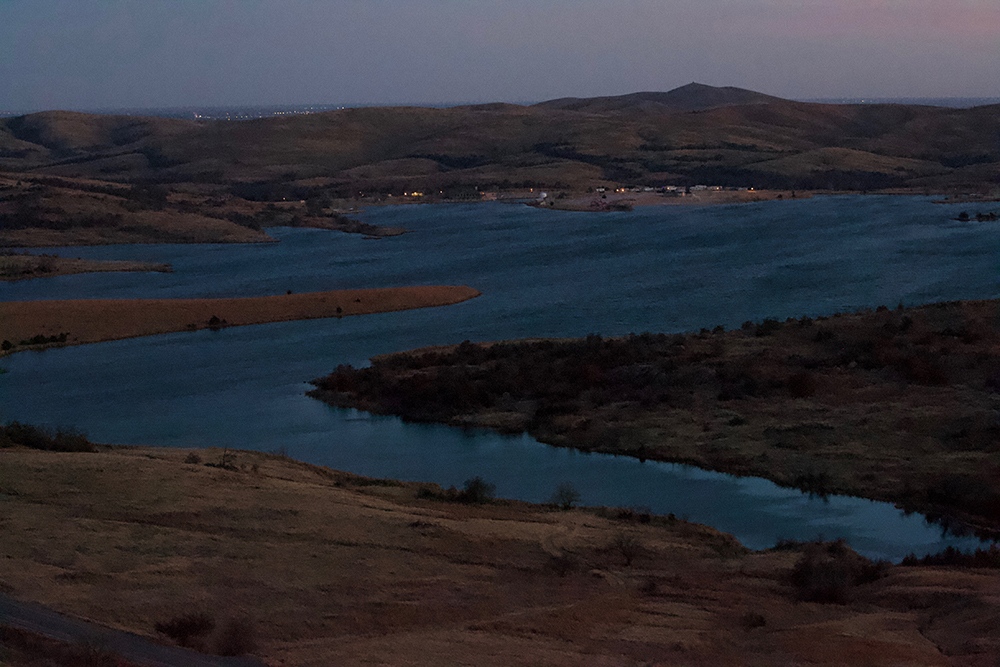 The moon was perfect as it rose. A pink and purple cloud surrounded the golden spectacle of a super moon in a glowing halo. The rocks on the edge of the cliffs were adorned in yellow lichen, more electric than I had remembered.

The electric hour painted the valley and the distant lake in a warm saturated richness of color. Unfortunately the light was fading as quickly as it grew in intensity as the vivid pinks turned to flaming orange and rich salmon. 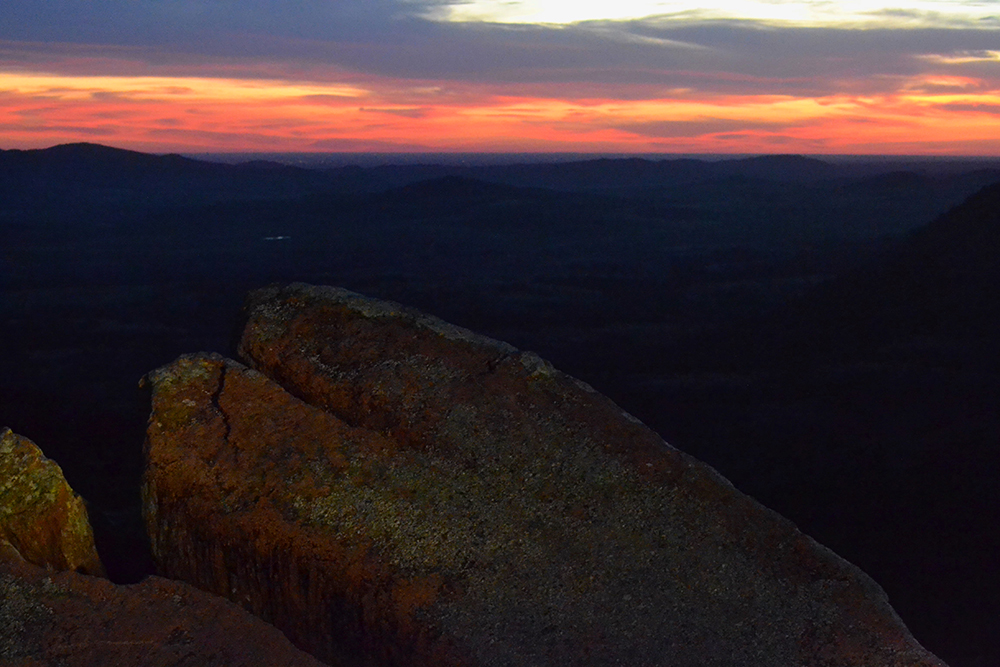 What I would have thought a grand desolate prairie was lit with lights of all different colors like a major city. The last remnants of the sunset burned brightly in the western horizon and the wind insisted, it was time to go to the hotel.

I was so happy to have captured the images that I had came for and the next morning my intention was to get up early to photograph the blood moon. 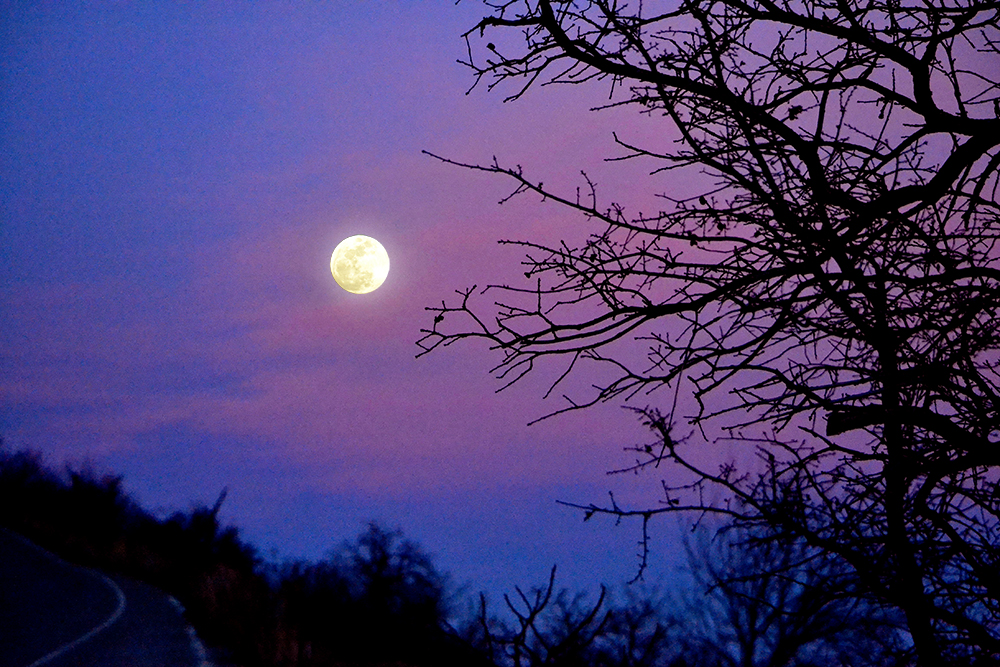 I was very excited and yet my trip was going to be so different than I had expected.

Stay tuned for lessons learned and making the best of disaster.

For more pix and stories of Wichita Mountain Wildlife Refuge